The Vermont House of Representatives has approved the H.112 GMO labeling bill by a vote of 99 – 42. The final vote followed Thursday’s first vote by the Vermont House which was passed 107-37  to advance the bill. 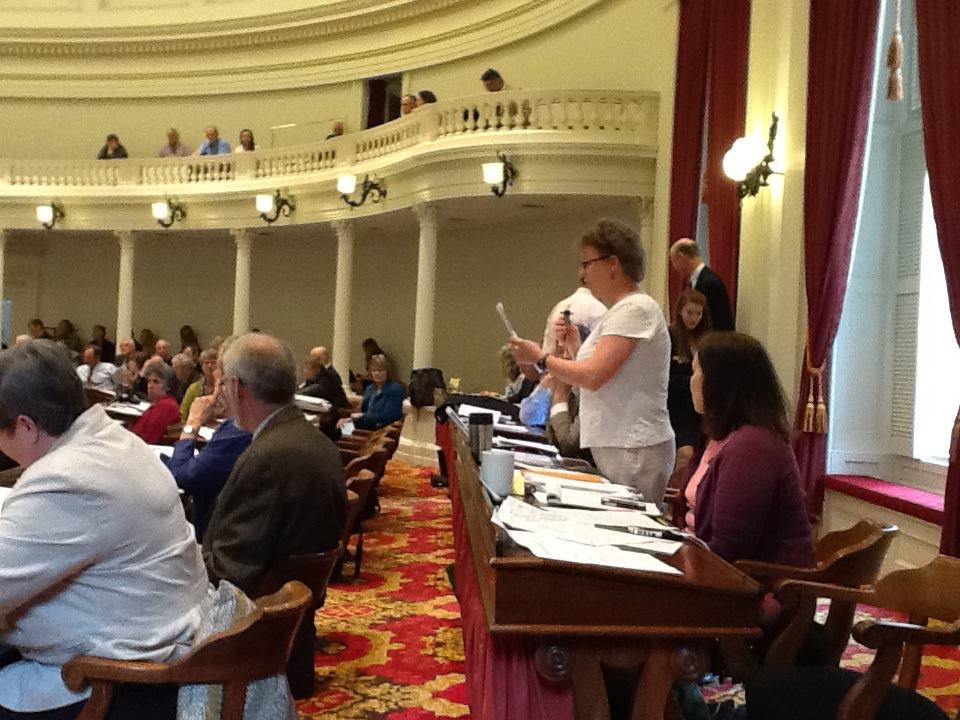 The vote marks the furthest any such legislation has moved in the United States. House bill H.112 was ushered onto the floor with the support of the House Agriculture and Judiciary committees.

The bill will now land on senators’ desks in 2014 for the second half of the legislative biennium, which gives Vermont the chance to become the first US state to require GMO labeling by law.

Rep. William Lippert, chairman of the Vermont Judiciary Committee, told his colleagues on Tuesday that the public interest in labeling is worth the risk of  attracting a lawsuit from the food or biotech industries.

Vermont is now on the road to becoming the first state in the U.S. to pass common sense GMO labeling legislation, they made a huge leap last year, passing a similar bill through the House Agriculture Committee.

Vermont Right to Know GMOs states on its website: “Big, out of state companies in the biotech and food producing industries are set on leaving GMOs unlabeled, and they’ll pay to prevent progress. Of course, what they have in money, we have in popular support. By taking action now, you can be part of the solution and help us guarantee your Right to Know what’s in the food you eat and feed your family.”

While no states have yet passed such GMO labeling legislation, more than 60 countries around the world have.