New legislation to allow EU member states to restrict or ban the cultivation of crops containing genetically modified organisms (GMOs) on their own territory, even if this is allowed at EU level, was passed by MEPs on Tuesday. The legislation, informally agreed by Parliament and Council in December, was originally tabled in 2010 but was then deadlocked for four years due to disagreement between pro- and anti-GMO member states. 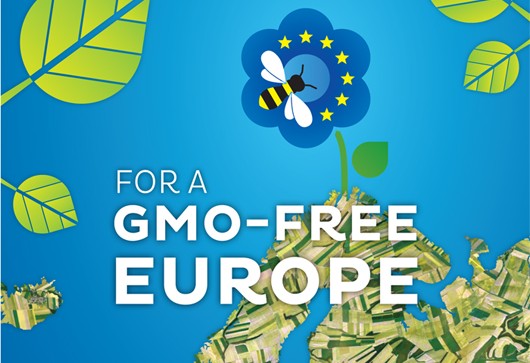 “This agreement will ensure more flexibility for member states who wish to restrict the cultivation of the GMOs in their territory. It will, moreover, signpost a debate which is far from over between pro- and anti-GMO positions” said Frédérique Ries (ALDE, BE), who is steering the legislation through Parliament.

“As to what comes next, I place my trust in Commission President Jean-Claude Juncker’s formal pledge to strengthen the democratic process on GMOs in Europe and ensure that research is genuinely independent”, she added. The agreement negotiated with EU ministers was approved by 480 votes to 159, with 58 abstentions.

The new rules would allow member states to ban GMOs on environmental policy grounds other than the risks to health and the environment already assessed by the European Food Safety Authority (EFSA).

Member states could also ban GMO crops on other grounds, such as town and country planning requirements, socio-economic impact, avoiding the unintended presence of GMOs in other products and farm policy objectives. Bans could also include groups of GMOs designated by crop or trait.

Before a member state may adopt such measures, the legislation provides for a procedure enabling the GMO crop company to consent to such restrictions on its marketing authorisation. However, if the company disagrees, the member state may impose a ban unilaterally.

MON810 maize is currently the only GM crop cultivated in the EU. The “Amflora” GM potato was banned by the EU General Court in 2013 after an initial green light from the European Commission.

Member states should also ensure that GMO crops do not contaminate other products, and particular attention should be paid to preventing cross-border contamination with neighbouring countries, says the text..

The new legislation will come into force in spring 2015.