Sustainable Pulse interview with GMO FREE USA Founder, Diana Reeves, on the multinational companies that are scared of GMO labeling, the political supporters of Monsanto and much much more.. 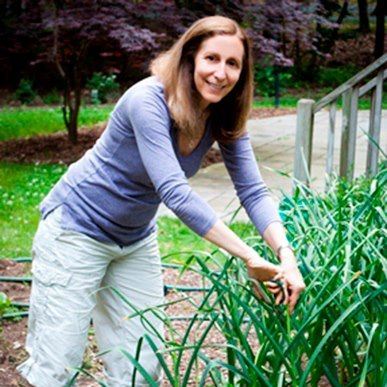 Diana Reeves, a Connecticut mom-turned-activist, founded GMO Free USA in response to a failed initiative to label genetically engineered foods in her home state in May, 2012. Diana was on the fast track at a major accounting firm when her firstborn son was diagnosed with cancer at the age of two. She walked away from her career to take care of him and became a stay at home mom. Her son died before he turned five and she has since raised three children. After Diana’s family developed autoimmune disease and other health problems, she began to learn about the connections between these illnesses and genetically engineered foods. Her family’s health-related challenges and her anger with untested and unlabeled GMOs have instigated her passion to bring positive change to our broken food system.

What is your opinion on GMO labeling – is it enough or should there be a full ban on GMOs in the US?

I think labeling is the first step. After GMOs are labeled, it will be easier to establish a direct causal relationship between GMOs and related adverse health effects. I would like to see international protocols put in place for standardized long term independent safety testing. Until that happens, the GMOs that have made their way into our food supply without adequate safety testing should be banned.

What US companies are the most supportive of Monsanto and their campaign to stop GM foods from being labeled?

The best place to find the answer to that question is on the list of companies that contributed to the propaganda campaign that defeated Prop. 37 to label GMOs in California last November. Most of the processed food manufacturers were on the list. The companies leading the charge were:

and of course, Kellogg’s!

Most processed food manufacturers contributed lesser, although not insignificant, amounts.

GMO FREE USA organized protests across the country for Earth Day Weekend (April 20-22) –who were you targeting with this protest and why?

GMO FREE USA’s protests targeted Kellogg’s. We are in the midst of a long term campaign that we began last summer, pressuring Kellogg’s to stop sourcing genetically engineered ingredients for their products. Kellogg’s was chosen for many reasons. First, having lost a child, I am extremely sensitive to any company that puts children at risk. Kellogg’s products are primarily marketed to children, who have vulnerable, growing bodies. Increasing evidence suggests that long term consumption of GMOs is harmful and that the escalated use of toxic herbicides and pesticides in GMO agriculture is compounding the problem. Second, Kellogg’s has been an American Icon for over 100 years. It’s time for Kellogg’s to step up and be a leader again. Third, Kellogg’s sells the same products in Europe and other countries, but without GMOs. Americans want the same products to be sold here. Last, but not least, Kellogg’s does not support transparency and truth in labeling. They contributed almost $800,000 to the propaganda campaign that defeated Prop. 37 to label GMOs in California.

What lessons have been learnt by the pro GMO labeling campaign since the failure of Prop 37 in California?

That is a very good question! What I have taken away from the experience in California is that the “right to know” is an important part of the message, but it’s not enough. First and foremost, the strategy must go beyond the right to know, to the NEED to know. I have health problems that I am 100% certain are triggered by consuming GMOs. Going to the grocery store is like walking through a mine field. The opposition to labeling attempts to trump any “right to know” arguments with propaganda about the high cost of labeling to the consumer and the negative economic impact of unnecessary labeling. Of course there is no negative economic impact related to labeling. Companies change their labels all the time and it’s a regular cost of doing business. Over 60 countries around the world require GMOs to be labeling and not one of them had a noticeable increase in food prices. On the flip side, we must fight fire with fire. There is a significant negative economic impact related to NOT labeling and this should be made a focal point of the discussion. My family has autoimmune disease triggered by food. Our medical bills last year exceeded $26,000. I know we are not alone and I’d bet that most people out there have no clue what’s making them sick. GMOs are putting an unnecessary strain on our healthcare system. This strain is contributing to soaring health insurance premiums. The financial burden of these health problems is taking its toll on our economy at both the state and federal level.

Is the US government not too heavily entangled with Monsanto for there to ever be a successful anti-GMO campaign anywhere in the US?

You raise a valid point and I share the concern. It was out of frustration with the lack of progress to label GMOs in the US that GMO Free USA was born. The federal government is so entangled that the FDA turned a deaf ear to a petition with over 1.2 million signatures. Our state governments seem to be succumbing to both corporate bullying and federal strong arming. There is one thing that can’t be ignored and that is the power of the people to come together and speak, collectively with their wallets. It could very well be that consumer rejection will precede labeling laws. The corporate takeover of our food supply continues, as does the genetic pollution of non gmo crops. There is no time to wait for labeling laws. With the resources we have available, our best bet is a strategic, targeted boycott of a major processed food manufacturer that supports GM agriculture. Enter, stage right, Kellogg’s. After less than a year of growing a nationwide boycott of Kellogg’s products, their latest earnings report showed slumping sales. We are making an impact and must keep the pressure on. We can’t stop fighting for labeling on both the federal and state levels. We have to tackle this issue from every angle.

Who are Monsanto’s main political supporters in the US?

The Monsanto Company has done a fine job buying politicians through campaign contributions and the company has infiltrated the FDA and USDA. The problem runs deep and all the way to the White House. Whether our current president had good intentions when he said he supported labeling as part of his first campaign platform, or it was just a ploy to get elected – we will never know. What we do know is that he must now see that the economics are complicated. With China making just about everything cheaper than we can, we look to what we export to maintain a balance of trade. GMO seeds, agri-chemicals and animal seed are not to be sneezed at. Not only must we take back control of our food, but we must take back the democratic political process and get corporate interests out of our government.

What is your personal message to Monsanto and their supporters?

I’m going to pass on answering this question.