Categorized as
4719
Tagged as
actionbusinesscarbonconsumptiondevelopmentRio+20technology
Related 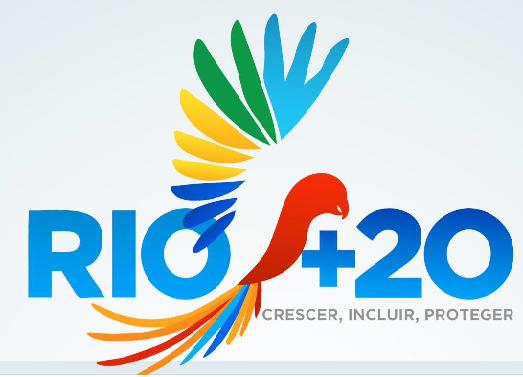 Additionally, the Government of Brazil has demonstrated outstanding host country leadership by committing to invest further $4.3 billion to achieve universal energy access in Brazil by 2014. As a global leader in sustainable energy, Brazil will invest an additional $235 billion over ten years in renewable energy, mainly in hydropower and biofuels but also including biomass and wind power, and will produce a total energy savings of 9 percent in 2030 from the electrical and transportation sectors. The Brazilian Development Bank (BNDES) will continue to support through its existing credit lines the production of sustainable energy in others countries, including by signing a Memorandum of Understanding with the African Development Bank. ELETROBRAS will cooperate internationally with other power companies to develop competitive renewable sources of electricity and associated transmission systems. The Government of Brazil also intends to share the country´s accumulated expertise on the three Initiative objectives with other development countries.
Such numbers only tell part of the story emerging around Sustainable Energy for All. UN Secretary-General Ban Ki-Moon is calling on all sectors of society to make commitments that help to achieve Sustainable Energy for All by 2030. Much of the early success of this initiative stems from its ability to convene key stakeholders and catalyze specific commitments around a Global Action Agenda, which serves as a roadmap for achieving Sustainable Energy for All. The Action Agenda identifies high impact opportunities that can guide the work of stakeholders across all sectors of the economy. Below are some of the stakeholders who have stepped forward with actions and commitments:

• Ghana, one of the first countries to partner with the initiative, has launched a national energy action plan to support capacity-development and innovative financing mechanisms. Countries initiating or completing similar assessments include Bangladesh, Kenya, Mozambique, Nepal, Tajikistan, Uruguay and Vietnam.

• 20 Small Island Developing States (SIDS) have agreed to work towards universal access to energy, switching to renewable energy, and reducing dependence on fossil fuels. For example, the Government of Barbados will increase its use of renewable energy to 29 percent of all electricity consumption by 2029.

• The European Union announced the initiative “Energising Development” that will provide access to sustainable energy services to 500 million people by 2030 and create a Technical Assistance facility supported by approximately $63 million over the next two years.

• Norway announced a new commitment of approximately $140 million over 5 years to scale up access to sustainable energy in Ethiopia’s rural areas, to replace kerosene lamps with solar alternatives in Kenya, and to support Liberia’s development of a strategic energy and climate plan, among other ongoing initiatives.

• The U.S. Government announced its strong support for the Sustainable Energy for All Global Action Agenda and plans to provide $2 billion in grants, loans and loan guarantees for policy and regulatory development, public-private energy technology partnerships, and loans and guarantees to leverage private investment in clean energy technology.

• Microsoft has committed to going carbon neutral and will be rolling out an internal carbon fee that will apply to Microsoft’s business operations in over 100 countries. By putting a price on carbon, Microsoft aims to drive greater advances in efficiency in data centers and buildings, increase the procurement of renewable energy, and reduce travel-related emissions.

• Global Liquefied Petroleum Gas (LPG) Partnership is scaling access to LPG for cooking. The commitment will transition 50 million people to LPG for cooking by 2018 and include more than $750 million of new capital to invest in LPG systems and address first cost barriers for usage. Partners include the LPG industry, World LPG Association, and the World Bank, among others.

• GDF Suez will invest in approximately 50 local energy entrepreneurship projects in developing countries by 2020. It will also increase both its own energy efficiency by 40% by 2017 as well as its installed capacity of renewable energy by 50% from 2009-2015.

• Statoil continues to implement its “no production flaring” policy and to work with the World Bank to expand the Global Gas Flaring Reduction partnership.

• Eni has earmarked approximately $5 billion to achieve its gas flaring and carbon intensity reduction goals. It will also spend approximately $32 million to capture gas from its flaring reduction in the Democratic Republic of Congo, benefitting 140,000 people and their communities.

• d.Light Design, a social entrepreneur, is committed to providing solar lamps to 30 million people in more than 40 countries by 2015.
• Infosys, a provider of business and outsourcing services in 32 countries, commits to reducing energy consumption by 50% and sourcing 100% of electricity from renewables, all by 2018.

• FEMSA, a consumer company in Latin America, has committed to cover 85% of the energy needs of its Mexican operations through renewable energy sources, such as wind and solar power, by 2013.

• The Global Sustainable Electricity Partnership pledges to install 50, 000 solar lanterns that will provide clean electricity to off-grid households. It will expand efforts in developing and emerging countries to transfer business know-how and expertise in electrification projects, including the development of Electrification Roadmaps for Southern Africa, which aims to provide access for 500 million people by 2025.

• Masdar, of the United Arab Emirates, has set up renewable energy projects in Tonga and Afghanistan and created the Global High School Prize, awarding up to $100,000 to five schools that submit winning cases for how to improve their school’s energy footprint.

• Bank of America has set a ten year $50 billion environmental business goal. Based on historical performance, the bank conservatively estimates that this should equate to approximately $35 billion in Sustainable Energy for All’s focus areas. Bank of America remains committed to advancing the use of renewable energy, energy efficiency and energy access. More broadly, through Sustainable Energy for All, Bank of America looks to work with other global enterprises to find ways to increase institutional and individual investment in this area.

• Multilateral development banks have committed more than $30 billion towards achieving Sustainable Energy for All’s three objectives. The African Development Bank will invest $20 billion in energy by 2030, and by doing so, will draw an additional $80 billion by partnering with private and public enterprises. Investments will range from regional projects that benefit multiple countries, to small- and medium-scale energy projects that increase access to electricity in rural regions, including through its Sustainable Energy Fund for Africa. The European Bank for Reconstruction and Development has committed $8 billion in energy efficiency projects in Eastern Europe and Central Asia over the next three years.

• The World Bank Group has committed to doubling the leverage of its energy portfolio by mobilizing private, donor and public contributions to World Bank-supported projects, as well as supportive policies to expand energy access, renewable energy and energy efficiency. The Bank Group will provide technical assistance and financing to help countries develop sustainable energy plans. The Bank and the International Finance Corporation will expand existing programs such as Lighting Africa, which aims to provide affordable lighting to 70 million low-income households by 2020, as well as undertake new initiatives with the Energy Sector Management Assistance Program, such as mapping of renewable energy resources. The Bank will also work with others, including the International Energy Agency, to produce a global baseline report tracking progress to date in achieving Sustainable Energy for All’s three objectives.

• OPEC Fund for International Development (OFID) has committed a minimum of US$1 billion to finance its “Energy for the Poor Initiative” and its work against energy poverty.

• Members of the rock band Linkin Park have launched the “Power the World” campaign with a petition drive to world leaders at Rio+20 urging an end to energy poverty and a pledging campaign to deliver ‘Solar Suitcases’ to health care workers in communities worldwide with no reliable lighting.

• The UN Foundation is coordinating the Energy Access Practitioner Network, bringing together more than 500 individuals from 350 organizations to deliver energy services using innovations such as micro-grid and decentralized electricity applications.

• The Renewable and Appropriate Energy Laboratory at the University of California Berkeley pledges to share tools for modeling low-carbon sustainable energy futures and to chair a network of academic partner institutions committed to building educational curricula around achieving the initiative’s objectives.

• The Energy and Resources Institute (TERI) in India commits to expanding lighting services to households in several developing countries, using solar and other clean energy technologies, impacting an estimated 10 million lives by 2018.

• The Institute of Electrical and Electronics Engineers, along with 40 other professional associations, has pledged to mobilize their 2 million members worldwide in support of the initiative.