Facebook has today set an important benchmark for the company to fulfill its goal to be fully powered by clean and renewable energy, Greenpeace International said. 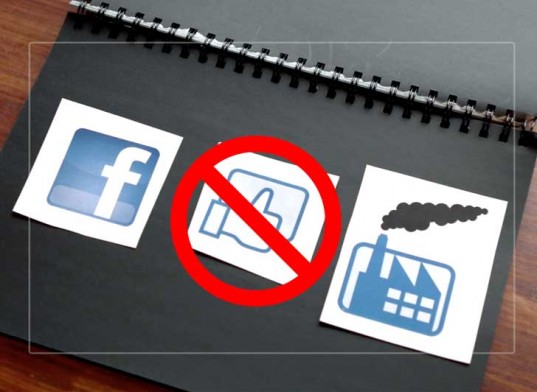 Greenpeace International was responding to Facebook’s publication of its 2011 energy and carbon footprint data and the company’s announcement of a 2015 goal of powering 25% of the Facebook platform with renewable energy. Greenpeace International has campaigned to make the IT industry a leader in clean energy, including the “Unfriend Coal” campaign working with Facebook users to ask the company to switch to clean energy.

“Facebook has committed to being fully renewably powered, and today’s detailed disclosure and announcement of a clean energy target shows that the company means business and wants the world to follow its progress,” Greenpeace International Senior IT Analyst Gary Cook said.

“Unfortunately, the transparency Facebook exhibited today is still rare among companies who are racing to build our online world, where some of the largest companies behind the cloud, such as Amazon, still refuse to disclose any information about their energy use and mix.”

Facebook won’t be able to unfriend coal overnight and the dirty energy mix for its rapidly growing data centers in Oregon and North Carolina means its footprint will get dirtier before it gets cleaner.

Facebook’s goal of powering 25% of its platform with renewable energy by 2015 appears modest at first, and reflects the challenge Facebook faces in finding a clean supply of electricity from local utilities for those two data centers.

However, Facebook’s siting policy (www.greenpeace.org/international/Global/international/publications/climate/2011/Cool%20IT/Facebook/Facebook_Statement.pdf) prioritising clean energy for new data centers will help it meet and eventually exceed its goal, and other companies who want a clean cloud should make a similar commitment.

Facebook has also pledged to push the utilities currently selling it dirty energy to move toward cleaner sources; that is the kind of leadership that IT companies will need to embrace in order to build a clean cloud.

“Greater transparency from Facebook and others is critical to ensure that the skyrocketing growth of cloud computing is powered by clean sources of energy, Cook added.

“The aggregate energy footprint of the cloud would already rank fifth among countries in terms of electricity demand and is expected to triple or quadruple in the very near future.

“That growth can be the engine that creates a global clean energy economy, but first other companies have to join Facebook in accepting the challenge to move toward clean energy.”