WWF Australia and Oxfam Australia have today called on the Australian Government to inject some momentum into the final days of the Doha climate summit by committing to new and scaled up financial support for developing countries. 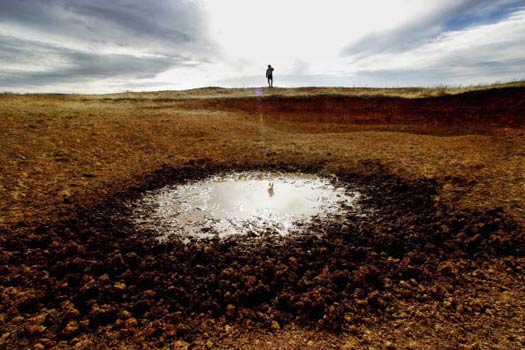 “We are calling on Australia to, at the very least, confirm that it will scale up public funding, from the $200 million a year that is currently earmarked for climate finance in the AusAID budget”, said WWF’s climate change policy manager Will McGoldrick.

Over the past three years Australia has provided approximately $200 million a year to international climate finance initiatives. This funding runs out in June next year and no new funding has been announced for the coming years.

Climate finance has become a major sticking point in Doha, with only a handful of European countries and the UK announcing new funding. Australia has said that it will provide its ‘fair share’ of climate finance, without elaborating on what this amounts to. Oxfam senior policy adviser Kelly Dent says this vague statement does not provide developing countries with the concrete assurance that they need and Australia must make a more detailed commitment in Doha.

The lack of movement from developed countries risks undermining trust within the negotiations and leaves developing countries with serious doubts about whether they will be able to continue investing in practical measures to cut emissions and build resilience in the face of a changing climate.

Ahead of Doha, Australia provided much needed momentum to the UN climate talks by announcing its intention to join phase two of the Kyoto Protocol.

Kelly Dent said in the final days of the summit, Australia has an opportunity to sustain this momentum with a positive announcement on climate finance.

“Australians believe in a fair go and climate finance is all about a fair go,” Ms Dent said. “Developing countries are facing the worst impacts of climate change and are the least responsible for it.”

“Developing countries are looking to Australia and other developed countries to come forward with their finance pledges, as this is critical to a deal in Doha.

“It would be poor form of Australia to leave Doha without making some sort of positive signal on climate finance.”

In 2009 in Copenhagen, developed countries – including Australia – committed to delivering $100 billion a year by 2020 to support developing countries to invest in clean energy, protect their forests and adapt to the unavoidable impacts of climate change.