Rights groups and politicians in Colombia have welcomed a decision by the country’s Constitutional Court, which ruled this week that the government failed to consult local communities over its plan to restart aerial fumigation of coca crops, Al Jazeera reported. 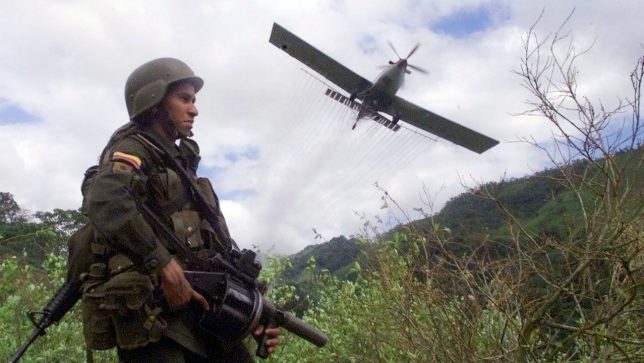 In a decision last Wednesday, the court said the government of President Ivan Duque could not at this stage move forward with plans to carry out aerial spraying with herbicide glyphosate. It said the government must first adequately consult with communities that could be affected.

Coca is the base ingredient of cocaine and is grown widely around Colombia, mostly by poor farmers who either have no other means of income or are forced into growing it by drug trafficking groups.

“The most significant thing about this [ruling] is that the court is protecting various rights that rural farmers, Indigenous and Black communities have,” Pedro Arenas, director of Viso Mutop, a think-tank that promotes drug policy reforms across Colombia, told Al Jazeera.

The national Constitutional Court decision follows on from a local court ruling in January 2021, after a group of indigenous and afro-descendant communities in the Nariño region filed a tutela in the Supreme Court of Pasto, to suspend the aerial spraying due to the unknown direct health and economic consequences on local communities. The Supreme Court of Pasto agreed with the tutela and suspended the Colombian government’s fumigation plan in the region.

In September 2020, the global Center for Reproductive Rights and its local partners at the Cali, Colombia-based Universidad del Valle published a research report showing that the glyphosate-herbicides used in the fumigation program has negative effects on people’s reproductive health.

The campaign against glyphosate fumigation in Colombia has also been marked by tragedy, as one of the leaders of the Afro-Colombian communities in northwestern Colombia, Patrocinio Bonilla a.k.a Patrón, was assassinated on August 11 2020, in a killing that was linked to his support for agroecology and his struggle against the aerial spraying in the region.