As Colombia prepares to restart its aerial fumigation program, the global Center for Reproductive Rights and its local partners at the Cali, Colombia-based Universidad del Valle have published a research report showing that the herbicide used in the program has negative effects on people’s reproductive health. Using the findings from their study, the partners have called on the Colombian government to stop the fumigation program from moving forward. 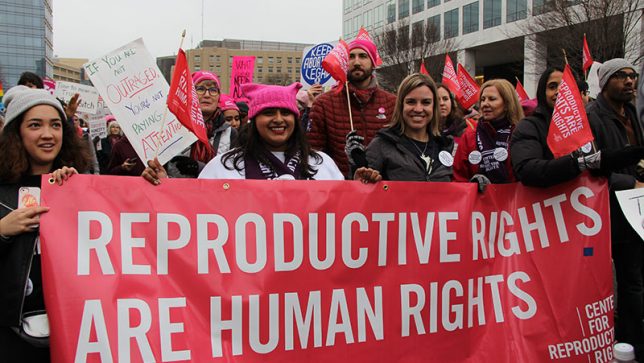 The new Spanish-language report, Salud Reproductiva y Glifosato en el Contexto de Conflicto Armado (“Reproductive Health and Glyphosate in the Context of the Colombian Armed Conflict”), is based on a comprehensive scientific study conducted by the Universidad del Valle and supported by the Center. According to this research, the controversial herbicide, glyphosate—which is sprayed over coca fields to eradicate cocaine and other illicit crop production—can cause harmful effects on fertility. Glyphosate has also been linked to miscarriages and possible future problems with pregnancy.

For more than 20 years, the Colombian government utilized aerial fumigation of coca fields as a weapon against the country’s illegal cocaine trade. Colombia suspended this program in 2015 after experts found that glyphosate had damaging effects on both environmental and human health. However, in response to increased coca cultivation, the country plans to reinstate the use of glyphosate this year, despite the known risks.

This week the Center and partners have launched a digital campaign that aims to educate the public about this issue on social media and in video.  As part of the campaign, the Center and its partners urge Colombia to protect its citizens and avoid causing any harm that affects the health, life, and reproductive autonomy of all people in the country.

“If a woman has chosen to have children as part of her life plan, the actions of the State should not put her at any risk that might harm her physical or mental health,” explained Catalina Martinez Coral, regional director of the Center for Reproductive Rights, explained. “Reproductive rights are human rights and they become a reality when women are guaranteed autonomy over their bodies; this is the only way to advance towards equality.”

The Center and partners plan to present their research to the Truth Commission of Colombia,  as a step toward recognizing reproductive violence and moving toward gender equity, justice, and peace. The Truth Commission is an organization established to investigate human rights violations from Colombia’s decades-long armed conflict.

What is the Center for Reproductive Rights?

The Center for Reproductive Rights is headquartered in New York City. The Center continually monitors the treatment of reproductive rights in various media in the U.S. and abroad.

Charity Watch rates the Center for Reproductive Rights “A-“.