The Bill and Melinda Gates Foundation awarded another $10 million last week to the controversial Cornell Alliance for Science, a communications campaign housed at Cornell that trains fellows in Africa and elsewhere to promote and defend genetically engineered foods, crops and agrichemicals. The new grant brings BMGF grants to the group to $22 million, USRTK reported Wednesday. 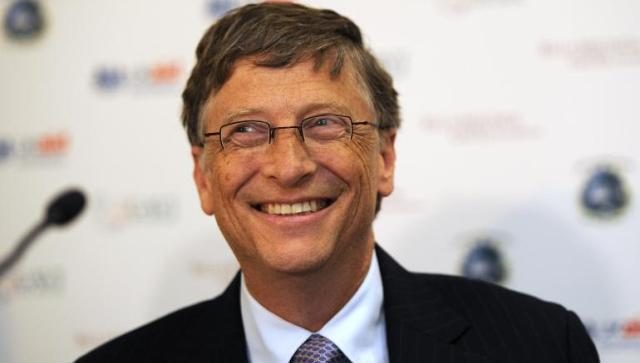 The PR investment comes at a time when the Gates Foundation is under fire for spending billions of dollars on agricultural development schemes in Africa that critics say are entrenching farming methods that benefit corporations over people.

On September 10, faith leaders in Africa posted an open letter to the Gates Foundation asking it to reassess its grant-making strategies for Africa.

“While we are grateful to the Bill and Melinda Gates Foundation for its commitment to overcoming food insecurity, and acknowledging the humanitarian and infrastructural aid provided to the governments of our continent, we write out of grave concern that the Gates Foundation’s support for the expansion of intensive industrial scale agriculture is deepening the humanitarian crisis,” says the sign-on letter coordinated by the Southern African Faith Communities’ Environment Institute (SAFCEI).

The letter cites the Gates-led Alliance for a Green Revolution (AGRA) for its “highly problematic” support of commercial seed systems controlled by large companies, its support of restructuring seed laws to protect certified seeds and criminalize non-certified seed, and its support of seed dealers who offer narrow advice about corporate products over much-needed public sector extension services.

“We appeal to the Gates Foundation and AGRA to stop promoting failed technologies and outdated extension methods and start listening to the farmers who are developing appropriate solutions for their contexts,” the faith leaders said.

Despite billions of dollars spent and 14 years of promises, AGRA has failed to achieve its goals of reducing poverty and raising incomes for small farmers, according to a July report False Promises. The research was conducted by a coalition of African and German groups and includes data from a recent white paper published by Tufts Global Development and Environment Institute.

The Gates Foundation has not yet responded to requests for comment for this article but said in an earlier email, “We support organisations like AGRA because they partner with countries to help them implement the priorities and policies contained in their national agricultural development strategies.”

Disappearing promises of the green revolution

Launched in 2006 by the Gates and Rockefeller Foundations, AGRA has long promised to double yields and incomes for 30 million farming households in Africa by 2020. But the group quietly removed those goals from its website sometime in the past year. AGRA’s Chief of Staff Andrew Cox said via email that the group has not reduced his ambition but is refining its approaches and its thinking about metrics. He said AGRA will do a full evaluation on its results next year.

AGRA declined to provide data or answer substantive questions from researchers of the False Promises report, its authors say. Representatives from BIBA Kenya, PELUM Zambia and HOMEF Nigeria sent a letter to Cox Sept. 7 asking for a response to their research findings. Cox responded Sept. 15 with what one researcher described as “basically three pages of PR.”

“African farmers deserve a substantive response from AGRA,” said the letter to Cox from Anne Maina, Mutketoi Wamunyima and Ngimmo Bassay.  “So do AGRA’s public sector donors, who would seem to be getting a very poor return on their investments. African governments also need to provide a clear accounting for the impacts of their own budget outlays that support Green Revolution programs.”

African governments spend about $1 billion per year on subsidies to support commercial seeds and agrichemicals. Despite the large investments in agricultural productivity gains, hunger has increased thirty percent during the AGRA years, according to the False Promises report.

Gates Foundation investments have a significant influence on how food systems are shaped in Africa, according to a June report from the International Panel of Experts on Sustainable Food Systems (IPES). The group reported that billions of dollars in Gates Foundation grants have incentivized industrial agriculture in Africa and held back investments in more sustainable, equitable food systems.

The Gates Foundation agricultural development approach of building markets for larger-scale, high-input commodity crops puts it at odds with emerging thinking about how to best deal with the volatile conditions caused by the twin crises of climate change and the Covid-19 pandemic.

In September, the UN Food and Agriculture Organization said it is essential to build more resilient local food systems as the pandemic “has put local food systems at risk of disruptions along the entire food chain.” The report documents pandemic-related challenges and lessons from a global survey conducted in April and May that drew 860 responses.

“The clear message is that, in order to cope with shocks such as COVID-19, cities with suitable socio-economic and agroclimatic conditions should adopt policies and programmes to empower local producers to grow food, and promote short food chains to enable urban citizens to access food products,” the report concluded. “Cities have to diversify their food supplies and food sources, reinforcing local sources where possible, but without shutting off national and global supplies.”

As the pandemic threatens farming communities already struggling with climate change, Africa is at a crossroads, wrote Million Belay, coordinator of the African Food Sovereignty Alliance, and Timothy Wise, lead researcher of the Tufts analysis of AGRA, in a Sept. 23 op-ed. “Will its people and their governments continue trying to replicate industrial farming models promoted by developed countries? Or will they move boldly into the uncertain future, embracing ecological agriculture?”

Belay and Wise described some good news from recent research; “two of the three AGRA countries that have reduced both the number and share of undernourished people – Ethiopia and Mali – have done so in part due to policies that support ecological agriculture.”

The biggest success story, Mali, saw hunger drop from 14% to 5% since 2006. According to a case study in the False Promises report, “progress came not because of AGRA but because the government and farmers’ organizations actively resisted its implementation,” Belay and Wise wrote, pointing to land and seed laws that guarantee farmers’ rights to choose their crops and farming practices, and government programs that promote not just maize but a wide variety of food crops.

“It’s time for African governments to step back from the failing Green Revolution and chart a new food system that respects local cultures and communities by promoting low-cost, low-input ecological agriculture,” they wrote.

Doubling down on PR efforts

Against this backdrop, the Gates Foundation is doubling down on its investment in the Cornell Alliance for Science (CAS), a public relations campaign launched in 2014 with a Gates grant and promises to “depolarize the debate” around GMOs. With the new $10 million, CAS plans to widen its focus “to counter conspiracy theories and disinformation campaigns that hinder progress in climate change, synthetic biology, agricultural innovations and other key issues.”

But CAS has become a polarizing force and a source of misinformation as it trains fellows around the world to promote and lobby for genetically engineered crops in their home countries, many of them in Africa.

Numerous academics, food groups and policy experts have called out the inaccurate and misleading messaging of CAS and its messengers. Community groups working to regulate pesticides and biosafety have accused CAS of using bully tactics in Hawaii and exploiting farmers in Africa in its aggressive promotional and lobby campaigns.

A July 30 article by Mark Lynas, a Cornell visiting fellow who works for CAS, illuminates the controversy over the group’s messaging. Citing a recent meta-analysis on conservation agriculture, Lynas claimed,  “agro-ecology risks harming the poor and worsening gender equality in Africa.” His analysis was widely panned by experts in the field.

Marc Corbeels, the agronomist who authored the meta-analysis, said Lynas made “sweeping generalizations” about his work. Other academics described Lynas’ article as “really flawed,” “deeply unserious,” “demagogic and non-scientific,” an erroneous conflation that jumps to “wild conclusions,” and “an embarrassment for someone who wants to claim to be scientific.”

The article should be retracted, said Marci Branski, a former USDA climate change specialist and Marcus Taylor, a political ecologist at Queen’s University.

Debate over agroecology heats up

The controversy resurfaced this week over a webinar CAS is hosting Thursday Oct. 1 on the topic of agroecology. Citing concerns that the Cornell-based group is “not serious enough to engage in an open, unbiased” debate, two food-system experts withdrew from the webinar earlier this week.

The two scientists said they agreed to participate in the webinar after seeing each other’s names among the panelists; “that was enough for both of us to trust also the organization behind the event,” wrote Pablo Tittonell, PhD, Principal Research Scientist in Argentina’s National Council for Science and Technology (CONICET) and Sieglinde Snapp, PhD, Professor of Soils and Cropping Systems Ecology at Michigan State University, to panel moderator Joan Conrow, editor of CAS.

“But reading some of the blogs and opinion pieces issued by the Alliance, the publications by other panelists, learning about the biased and uninformed claims against agroecology, the ideologically charged push for certain technologies, etc. we came to the conclusion that this venue is not serious enough to engage in an open, unbiased, constructive and, most importantly, well informed scientific debate,” Tittonell and Snapp wrote to Conrow.

“We therefore withdraw from this debate.” Conrow has not responded to requests for comment.

The webinar will go forward with Nassib Mugwanya, a 2015 CAS global leadership fellow and doctoral student at North Carolina State University, who has also been accused of making unfair attacks on agroecology. In a 2019 article for the Breakthrough Institute, Mugwanya argued, “traditional agricultural practices can’t transform African agriculture.”

The article reflects typical biotech industry messaging: presenting GMO crops as the “pro-science” position while painting “alternative forms of agricultural development as ‘anti-science,’ groundless and harmful,” according to an analysis by the Seattle-based Community Alliance for Global Justice.

“Particularly notable in the article,” the group noted, “are strong usages of metaphors (e.g., agroecology likened to handcuffs), generalizations, omissions of information and a number of factual inaccuracies.”

With Tittonell and Snapp off the roster at Thursday’s webinar, Mugwanya will be joined by Pamela Ronald, a professor of plant pathology at the University of California, Davis, who has ties to pesticide industry front groups, and Frédéric Baudron, senior scientist at the International Maize and Wheat Improvement Center (CIMMYT), a Gates Foundation-funded group.

Asking for a ‘fair fight’

Mariam Mayet, executive director of the African Centre for Biodiversity, sees the ramped up PR campaigns as “evidence of desperation” that they “just cannot get it right on the continent.”

Her group has for years been documenting “the efforts to spread the Green Revolution in Africa, and the dead-ends it will lead to: declining soil health, loss of agricultural biodiversity, loss of farmer sovereignty, and locking of African farmers into a system that is not designed for their benefit, but for the profits of mostly Northern multinational corporations.”

The Cornell Alliance for Science should be reigned in, Mayet said in an August webinar about the Gates Foundation’s influence in Africa, “because of the misinformation (and) the way that they are extremely disingenuous and untruthful.” She asked, “Why don’t you engage in a fair fight with us?”

Stacy Malkan is co-founder and reporter for U.S. Right to Know, a nonprofit investigative research group focused on public health issues. She is author of the 2007 book, “Not Just a Pretty Face: The Ugly Side of the Beauty Industry.” Follow her on Twitter @StacyMalkan