Rep. Rosa DeLauro (D-Conn.) introduced legislation Friday to dramatically limit American children’s exposure to glyphosate, the active ingredient in Monsanto’s Roundup weedkiller, in food. The bill would not only ban pre-harvest spraying of glyphosate on oats but also require the federal government to test foods popular with children for the herbicide, which has been linked to cancer. 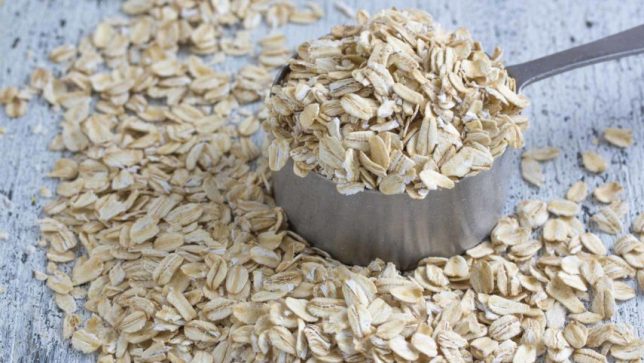 Key provisions in DeLauro’s bill include:

The most used pesticide in the world, glyphosate is widely used as a weedkiller on genetically modified corn and soybeans in the U.S.. But it is also increasingly sprayed on oats and other grains just before harvest as a drying agent, or desiccant. Glyphosate kills the crop, drying it out uniformly so that it can be harvested sooner. This makes harvesting easier but also increases the likelihood that the herbicide makes it into foods.

The Detox Project Director, Henry Rowlands, stated Friday: “We have been working with food and supplement brands and governments around the world to reduce the public’s exposure to glyphosate and this new bill will raise the level of pressure on U.S. government regulators to take real measures on the issue. Glyphosate Residue Free certification allows brands to take action but we need action across the board.”

“We applaud Rep. DeLauro for once again advocating on behalf of children’s health,” said Colin O’Neil, EWG’s legislative director. “No parent should worry whether feeding their children healthy oat-based foods will also expose them to a chemical linked to cancer. We know farmers can harvest oats without glyphosate, and to protect kids’ health, this needlessly risky practice must stop.”

O’Neil explained that in the past two decades, the Environmental Protection Agency has increased the level of glyphosate residue allowed on oats from 0.1 ppm to 30 ppm, largely to accommodate Canadian oat farmers who use it. The lax policy has resulted in the contamination of oat-based foods with the carcinogenic weedkiller.

In 2016, The Detox Project and Food Democracy Now! revealed the results of extensive glyphosate testing on a wide range of best-selling foods across the U.S., in a groundbreaking report.

Last year, independent laboratory tests commissioned by EWG found glyphosate residues in popular oat-based foods marketed to children, such as Cheerios and Quaker oatmeal. Almost three-fourths of the samples tested had glyphosate levels higher than what EWG scientists consider protective of children’s health with an adequate margin of safety.

Requiring USDA to regularly test fruits, vegetables and other foods routinely fed to children for glyphosate residues will give parents and consumers vital information about potential pathways of exposure to the weedkiller, O’Neil said.

“It is shocking that USDA’s annual pesticide residue survey fails to include the most widely used pesticide in America,” he said. “Parents deserve to know how much of the food they buy and feed their children could potentially be contaminated with a highly toxic chemical listed by the state of California as a substance known to cause cancer. DeLauro’s bill is an important first step toward providing that information for consumers.”