The German Federal Minister for the Environment, Svenja Schulze, is calling for pesticide-free compensation areas and a binding date for the phase-out of glyphosate. However, this has annoyed the Federal Minister of Food and Agriculture. EURACTIV Germany’s partner Der Tagesspiegel reports. 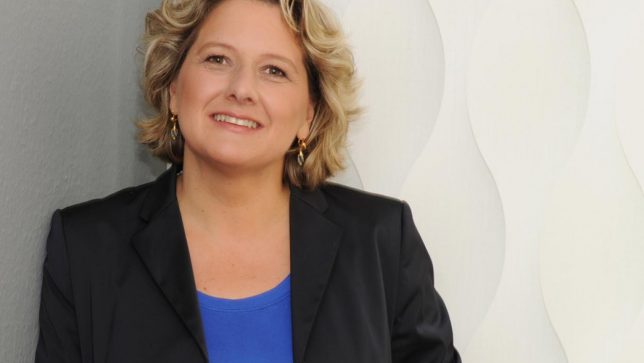 The Federal Minister for Environment, Nature Conservation and Nuclear Safety, Svenja Schulze (SPD) wants to push forward with ending the use of the controversial weedkiller glyphosate. She is therefore putting her fellow cabinet minister, the Federal Minister of Food and Agriculture Julia Klöckner (CDU), under pressure. “We now want to progressively drive the phase-out, including an end date,” said Schulze in Berlin on Tuesday (6 November). She added that glyphosate could not be replaced with similar substances either.

Glyphosate approved in the EU until end of 2022

At the EU level, the herbicide has been approved until December 2022 and so a total ban would not be possible until this date. However, Schulze said that there is the intention to restrict its use in sensitive areas, such as by bodies of water, to modify the approval process for pesticides and to establish protected areas. The German Environment Agency (UBA) would now send its first opinion with conditions on the use of compositions containing glyphosate to the Federal Ministry of Food and Agriculture. The ministry’s cooperation was expected, Schulze added.

France’s Agriculture Minister Didier Guillaume has come out in defence of the decision to postpone the ban of glyphosate until 2020, saying that a number of farmers would be unable to carry on if the governemnt had already enforced the ban.

Klöckner: Regulated responsibilities should not be constantly questioned

However, Klöcker reacted angrily on Tuesday (6 November). There was general agreement about the objective to reduce glyphosate use, the CDU politician emphasised. It does not help matters “to once again question responsibilities that have already been regulated,” Klöckner stated, criticising the environment minister’s advance. As the competent minister, Klöckner submitted a key issues paper for reducing herbicides in April. According to this, private individuals are no longer allowed to spray any glyphosate and farmers are only able to do so under certain conditions. Over the past five years, the use of glyphosate has been reduced by third, the minister underlined.

Schulze wants to find new approaches for all plant protection products. Her concept consists of a triad: in addition to the conditions for new approvals and the restrictions for use, there was a desire to stipulate an end date for glyphosate in Germany as soon as possible, Schulze announced.

Although the resource can only be banned in 2023 at the earliest, farmers in Germany will only be allowed to spray broadly acting herbicides, such as glyphosate, from 2020 if they also leave 10% of the land untreated as compensation areas. The order on the use of plant protection products should be amended accordingly, Schulze announced. Klöckner said that the new order on the use of plant protections products had to be legally secure. Reportedly, intensive discussions are taking place.

The government of the Brussels region has decided to file a complaint against the European Commission with the European Court of Justice (ECJ) over its decision to re-authorise glyphosate, the most widely used pesticide in the world.

Glyphosate destroys all plants and thus sources of food and the natural environments of many species of insects and birds, such as butterflies and skylarks, criticised Maria Krautzberger, President of the German Environmental Agency (UBA). This is denied by Bayer. “Unfortunately, the debate on glyphosate in Germany is shaped by political interests rather than on sound scientific evidence,” Helmut Schramm, managing director of Bayer CropScience Deutschland, told Der Tagesspiegel.

Without the herbicide, controlling weeds would be more difficult, less sustainable and farmers would have to plough more. This damages the land and harms biodiversity, Schramm criticised. Moreover, losing glyphosate would lead to further competitive disadvantages for German farmers against European and international competition. Glyphosate was a “safe, efficient and established resource for farmers to secure harvests,” Schramm highlighted. In June, Bayer took over Monsanto, the producer of glyphosate and is now faced with numerous lawsuits in the USA about alleged cancer risks.