A new study has found that some of the world’s most widely used herbicides, Roundup (glyphosate) and Kamba (dicamba), increase the rate of antibiotic resistance development in bacteria by a factor of up to 100,000 times faster than occurs without the herbicide. 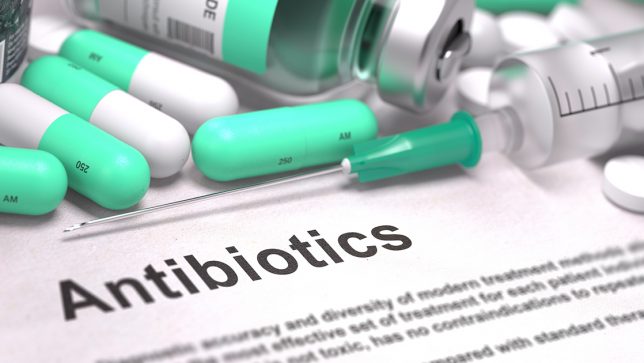 Both herbicides are used on GM crops engineered to tolerate them.

The new study adds to a growing body of evidence that herbicides used on a mass industrial scale, but not intended to be antibiotics, can have profound effects on bacteria, with potentially negative implications for medicine’s ability to treat infectious diseases caused by bacteria. University of Canterbury (New Zealand) Professor Jack Heinemann, one of the study’s authors, said, “The combination of chemicals to which bacteria are exposed in the modern environment should be addressed alongside antibiotic use if we are to preserve antibiotics in the long-term.”

An important finding of the new study was that even in cases where the herbicides increase the toxicity of antibiotics they also significantly increased the rate of antibiotic resistance, which the authors say could be contributing to the greater use of antibiotics in both agriculture and medicine.

Previously these researchers found that exposures to the herbicide products Roundup, Kamba and 2,4-D or the active ingredients alone most often increased resistance, but sometimes increased the susceptibility of potential human pathogens such as Salmonella enterica and Escherichia coli, depending on the antibiotic.

Prof Heinemann said, “We are inclined to think that when a drug or other chemical makes antibiotics more potent, that should be a good thing. But it also makes the antibiotic more effective at promoting resistance when the antibiotic is at lower concentrations, as we more often find in the environment. Such combinations can be like trying to put out the raging fire of antibiotic resistance with gasoline.”

The authors concluded that neither reducing the use of antibiotics nor the discovery of new ones may be sufficient strategies to avoid the post-antibiotic era. This is because bacteria may be exposed to other non-antibiotic chemicals that predispose them to evolve resistance to antibiotics more quickly. Herbicides are examples of some of the most common non-antibiotic chemicals in frequent global use. Thus antibiotic resistance may increase even if total antibiotic use is reduced, and new ones are invented, unless other environmental exposures are also controlled.

The new paper, “Agrichemicals and antibiotics in combination increase antibiotic resistance evolution” is published online in the peer-reviewed journal PeerJ on October 12 and can be downloaded without charge from here.