Categorized as
56476
Tagged as
Food
Related

The first ever home-use strip tests for identifying glyphosate residues, have been released to the public on Wednesday. It is now possible for people everywhere to find out whether the world’s most used weed-killer is in their food or water, in the comfort of their own homes. 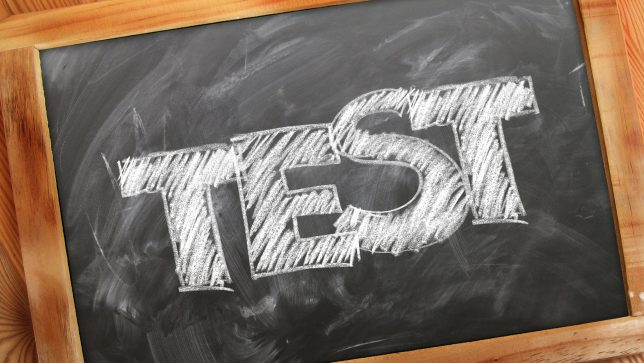 The Detox Project is working alongside the manufacturer of the strip tests, Pennsylvania-based Abraxis Inc., to make consumer testing for glyphosate readily available.  The controversial weed killer, glyphosate, is currently facing massive legal and consumer pressure around the world.

Find Out More and Order the Glyphosate Strip Tests Here

The International Agency for Research on Cancer (IARC) classified glyphosate in 2015 as a “probable human carcinogen,” and California now lists it as a chemical “known to the state to cause cancer.”

Henry Rowlands, Director of The Detox Project, said Wednesday that “the release of a totally new and affordable test kit like this, will enable consumers to take their own action in determining which products they eat, and to question water authorities about the levels of glyphosate in the water they provide.

“This is a major breakthrough, as testing for pesticide residues has always been a lab-based experience that is not easy or understandable for most people. Home-use strip tests make this whole issue much more accessible to the public.”

The new strip tests have already been validated for a range of products including water, cereals, honey, beer and a few others. This range of products will grow as the public interest in home testing increases.

Last month a well-publicized report found glyphosate in a number of popular U.S. breakfast foods and cereals marketed to children. The testing by the non-profit Environmental Working Group (EWG) discovered trace amounts of glyphosate in oats, granolas and snack bars.

Home Testing Is the Next Step in Public Awareness

The new strip tests do not only give a yes/no answer as to whether a product contains glyphosate, they also give semi-quantitative parts per billion (ppb) ranges as to the level of glyphosate in the product , which makes this technology extra special.

Fernando Rubio, President of Abraxis Inc., stated that “the development of the GlyphoCheck™ Home Test Kit, is a significant step forward in making analytical testing of water and food products for glyphosate, available and affordable to the general consumer.  Using the same technology recognized by governmental, commercial, and industrial laboratories, a concerned individual can now perform a test in the comfort of their home, for roughly the same cost as a home pregnancy test, to understand if glyphosate is present in the food or water they are about to consume or provide to their family.

“While the debate about the risks of glyphosate continues, consumers now have an option to make a more informed decision for themselves about what they are eating and drinking,” Rubio concluded.

After people use the strip tests they can report the results, if they would like to, by contacting The Detox Project. These results will increase the amount of knowledge we all have on the levels of glyphosate in our food and water.

Find Out More and Order the Glyphosate Strip Tests Here