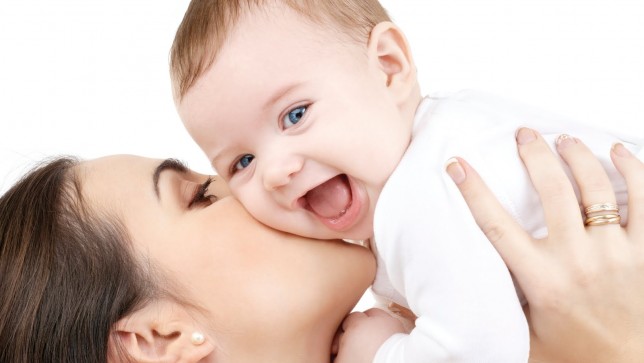 One ongoing study of pregnant women in an Indiana obstetric practice has found glyphosate (aka Roundup) in the urine of over 90% of test subjects so far. The study will be peer-reviewed and published later in 2017. The lead scientist of the study, Dr. Paul Winchester, stated; “In our study, which is ongoing, mothers with relatively higher levels of glyphosate were more likely to have shorter pregnancies and deliver babies with lower birth-weight, outcomes that everyone should be concerned about.”

In his presentation at the CEHN Research Conference, Dr. Winchester will point out that “Shorter pregnancies with relatively lower birth weights have been linked to lower cognitive ability later in life and higher risk of metabolic syndrome.”

The initial data from the study shows that glyphosate has been found in the urine of 63 of 69 (91%) pregnant women receiving prenatal care at an Indiana obstetric practice, at a mean level of 3.44 ug/l. Surprisingly, higher glyphosate levels were associated with reductions in gestation-adjusted birth weight (r’s= -0.24, p=0.045) and gestation age (r’s= -0.25, p=0.035). Women living in rural areas had higher mean glyphosate levels than women in urban/suburban regions (mean glyphosate level of 4.21 vs. 3.3, p=0.004), suggesting an additional route of exposure associated with proximity to corn and soybean production fields.

In 2016 Sustainable Pulse reported that glyphosate had been found in the urine of 93% of the American public during a unique testing project that started in 2015 at the University of California San Francisco (UCSF).

The research will be discussed at a panel at the 2017 CEHN Translational Research Conference: New Challenges, April 5-7 in Arlington, Va. The conference will present key findings and insights from peer-reviewed research conducted over the last 20 years. CEHN is a national multi-disciplinary organization whose mission is to protect the developing child from environmental health hazards and promote a healthier environment.

The panel, entitled “Will Rising Herbicide Use in the Midwest Raise Reproductive Risks?” will present new evidence showing that most Americans are now exposed on a near-daily basis to herbicides widely used on corn and soybean fields. This is because of recent changes in when and how herbicides are applied. Four scientists who have pioneered herbicide research will present on the panel, including Charles Benbrook, PhD; James Roberts, MD, MPH; Melissa Perry, ScD, MHS, and Paul Winchester, MD.

Dr. James Roberts, chairman of the CEHN Board, explained that “Our goal in this project, as in all CEHN activities, is to support and assure the health of children, from conception through pregnancy and birth, and throughout early growth and development.”

Herbicide use is likely to continue rising for several years, because the Environmental Protection Agency has recently approved several crops genetically engineered (GE) to resist (i.e. survive) applications of multiple herbicides. These next-generation GE crops are designed to increase reliance on, and use of specific herbicides.

Around 40 million acres of corn and soybeans will be planted in 2017 to new GE corn and soybean varieties, acres that will be sprayed with combinations of glyphosate (Roundup), glufosinate (Liberty), 2,4-D (EnlistDuo), dicamba (XtendiMax and Engenia), and others.

Rates of application are also rising sharply for some herbicides. Overall soybean herbicide use will, on average, more than double in 2017 compared to 2001.

In addition, “Until this year, most herbicides in the Midwest were sprayed during a six-week window, but now the heavy herbicide spray season will last at least four months, placing more women and children at heightened risk,” explained science team member Dr. Phil Landrigan, Dean for Global Health at Mt. Sinai Medical School.

As a result, the risk of reproductive problems and adverse birth outcomes will rise among women and children living in rural areas, according to the panelists.

Presentations from the CEHN Panel, “Will Rising Herbicide Use in the Midwest Raise Reproductive Risks?” can be accessed here.

The research will continue to be presented through CEHN’s Healthy Kids project, which will provide a clearing house of information about the connection between herbicide use and health risks. Peer-reviewed studies conducted in rural areas since the 1990s report that the risk of herbicide-induced reproductive problems like spontaneous abortions and failure to conceive are greatest when the heavy, herbicide spray season coincides with the time-period spanning one month prior to conception and through a woman’s first trimester of pregnancy.

The Healthy Kids project website offers extensive information on trends in herbicide use, the role of glyphosate-resistant weeds in driving herbicide use upward, health risks, and public and private sector actions needed to prevent an increase in adverse birth outcomes in the years ahead.