Générations Futures has tested the urine of thirty people including many French celebrities for the world’s most used herbicide – glyphosate. The results released Thursday show that 100% of the samples contained residues of glyphosate, which is a “probable human carcinogen” according to the International Agency for Research on Cancer (IARC). 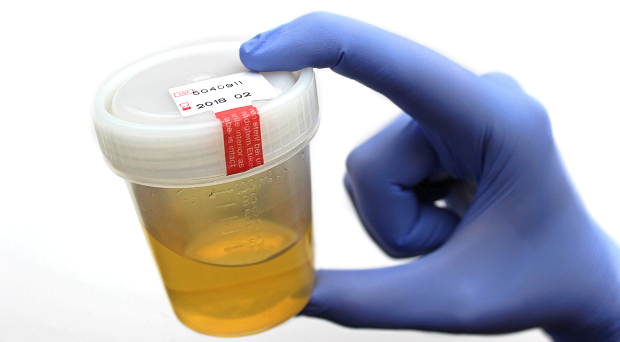 Glyphosate is the world’s most widely used active ingredient in herbicides. In March 2015, a few months before the European authorization of glyphosate was due to expire, experts at the International Agency for Research on Cancer (IARC) classified glyphosate as a “probable human carcinogen”. EU regulations prohibit the use of pesticides that are classified as carcinogens or probable carcinogens. However, EU regulations refer to EU classification for carcinogenicity not to that of IARC.

Originally, when the authorization of glyphosate expired, the European Commission proposed allowing its sale for a further 14 years. But this proposition, which was widely criticized by NGOs and civil society, did not receive the support of the Member States. In the end, the Commission was obliged to extend the approval for only 18 months and the European Chemicals Agency (ECHA) was asked to publish an opinion on the safety of glyphosate the spring of this year. On 15 March 2017, a summary of this opinion was published clearing glyphosate of any carcinogenic risk for humans! The ball is now in the European Commission’s court as it will soon make a new proposal to the Member States.

It is against this backdrop that Générations Futures wanted to learn more about the extent to which the French are exposed to this widely used herbicide. They chose to carry out a urine analysis of 30 people, including men and women between the ages of eight and 60 years old, living in the city and in the countryside and with a varied diet, organic and non-organic, vegetarian and non-vegetarian. A number of French celebrities agreed to participate. Analysis was carried out with help of an ELISA test.

(Sustainable Pulse note: the  ELISA testing method is not recognized as always being accurate by regulators and many scientists. Please read more on this here).

The investigation, despite the use of the ELISA method, still demonstrates the omnipresence of this dangerous molecule in our bodies:

“Unfortunately, these tests confirmed what we feared having consulted surveys undertaken elsewhere in Europe and around the world: we are all contaminated with glyphosate. It is indeed time for the European authorities to become aware of the urgency to act, and to finally forbid this molecule considered likely to be carcinogenic to humans by the International Agency for Research on Cancer!” says François Veillerette, spokesperson for Générations Futures.

“Not all the cards are played yet. We can still stop the authorization of this substance. We therefore invite citizens to take action and join the 500,000 Europeans who have already signed the European Citizens’ Initiative calling for the banning of this dangerous molecule,” he concludes.

The Health and Environment Alliance (HEAL) is also calling for a ban on glyphosate. Génon K. Jensen, Executive Director at the Health and Environment Alliance (HEAL) says: “This study shows that all those tested in France have been exposed to glyphosate. This means that, in all likelihood, all Europeans are contaminated – potentially elevating everyone’s risk of cancer.

“The evidence against glyphosate is piling up all the time. National governments face the decision at the end of this year whether to continue allowing glyphosate in Europe. We urge everyone to tell their governments to put preventing cancers first.”