Following in the footsteps of the European Food Safety Authority (EFSA), the European Chemicals Agency (ECHA) has dismissed scientific evidence showing that the controversial weedkiller glyphosate could cause cancer. 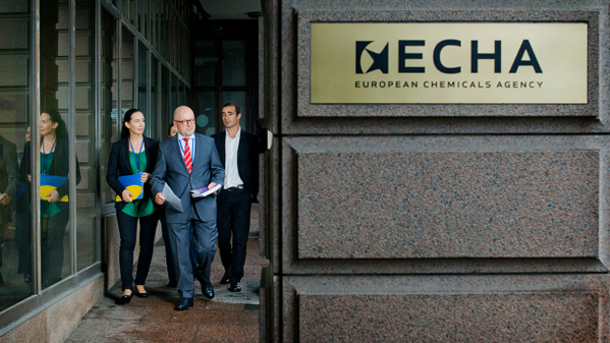 The ECHA assessment, released Wednesday, could pave the way for a new 15-year EU licence for the world’s most heavily used weedkiller, which the World Health Organisation’s cancer research agency (IARC) has classified as a “probable” cause of cancer.

Greenpeace EU food policy director Franziska Achterberg said: “ECHA has gone to great lengths to sweep all evidence that glyphosate can cause cancer under the carpet. The data vastly exceeds what’s legally necessary for the EU to ban glyphosate, but ECHA has looked the other way. For the EU to make decisions based on science, it can’t distort the facts. If the EU doesn’t get this right, people and the environment will continue to be the lab rats of the chemical industry.”

Like the EFSA assessment, the ECHA opinion was based on an initial dossier prepared by the German Federal Institute for Risk Assessment (BfR). BfR’s glyphosate assessment has been heavily criticised by NGOs and independent scientists, who said it contradicted the scientific evidence.

ECHA is responsible for the EU’s classification and labelling of hazardous chemical substances. Under EU criteria, a substance must be classified as a “presumed” carcinogen if it is shown to increase cancer rates in at least two separate studies conducted on the same species. IARC found evidence of increased rates in two mouse studies, supported by further evidence. However, ECHA dismissed the increased cancer rates observed in these studies, as well as in three additional mouse studies that were not available to IARC. ECHA also dismissed the “limited” evidence of carcinogenicity in humans, and evidence of two characteristics associated with carcinogens, all documented by IARC.

Under EU pesticides law, substances classified as “presumed” carcinogens cannot be allowed for use, unless the exposure of people is “negligible”.

Health and environmental organisations have also raised concerns about conflicts of interest in the ECHA committee responsible for assessing glyphosate, and criticised ECHA’s reliance on unpublished industry studies.

In February 2017, a coalition of civil society organisations launched a European Citizens’ Initiative calling on the European Commission to ban glyphosate, reform the EU pesticide approval process, and set mandatory targets to reduce pesticide use in the EU. Almost 500,000 people have already signed the petition.