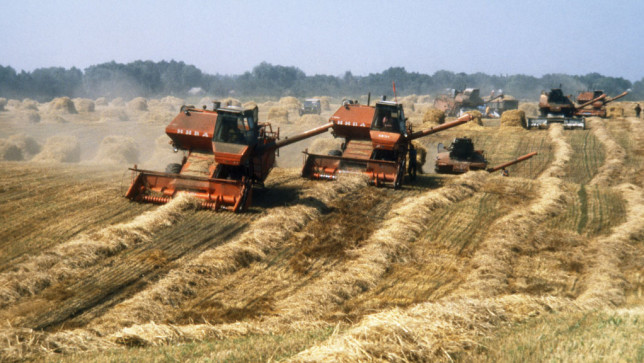 Earlier in 2016, the Petro Poroshenko Bloc “Solidarity” MP, Mikola Lyushnyak entered a Bill to the Ukrainian Parliament to continue and strengthen the current moratorium on GM crops in the country.

“Why is the prohibition of GMOs so acutely on the agenda in society? Because so far there is no definitive scientific evidence proving the necessity of growing GM crops and also no evidence about the safety of GMOs or their usefulness to human health,” Lyushnyak stated.

“In Ukraine, which occupies a leading position in the agricultural sector, there is a good chance to become a GMO-free country… in the near future,” Lyushnyak concluded.

The Ukrainian Parliament will vote on the moratorium on a date which is yet to be announced. The strong Bill would ban the growing of genetically modified crops as well as production, processing, circulation, transit and import of GMOs capable of reproduction or transmission of hereditary factors.

Lyushnyak’s Bill is causing a political firestorm in Washington, as the U.S. government has been pushing GM crops on Ukraine, the breadbasket of Eastern Europe, for many years and they had relied on full support on this issue from the current Ukrainian U.S. supported government led by President Petro Poroshenko.

The U.S. Biotech giant Monsanto has also banked on Ukraine becoming a GM crops powerhouse, despite their public insistence that their only interest is in non-GMO seed in the country. The bulk of Monsanto’s investment in Europe is destined for the Ukraine, where Monsanto expects to have its largest seed production plant in Europe within five years after earmarking an initial $150 million investment, which could rise to $300 million within several years.

The GMO contamination of soybean and corn crops in the Ukraine has already reached crisis levels, even with the current legal ban on GM crop cultivation in the country, which has caused a recent public outcry. According to the U.S. Department of Agriculture,  about 80% of Ukraine’s soybeans, and 10% of corn, are grown illegally from genetically modified seed. This contamination has already started to endanger Ukraine’s main export markets such as Russia.

Ukraine’s non-GMO corn varieties have also made it China’s No. 1 source, helping to turn the former Soviet breadbasket into a global player. The fear is that the growing GMO contamination levels will now endanger this new and growing market.