An open letter signed by 30 scientists and other specialists has today been sent to the Scottish Minister Richard Lochhead in support of the announced Scottish ban on the cultivation of genetically modified (GM) crops. 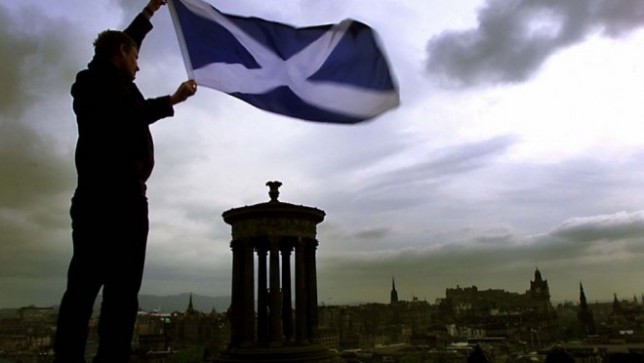 The signatories all hold doctorates, mainly in science or medicine.  Another open letter , opposing the ban, had been sent on 17 August to the same Minister, signed on behalf of 28 universities institutes, learned societies and other institutions, but no individual signatures were given.

This new letter cites evidence that professionals who have financial or career interests in a product are more likely to endorse it than are those without such interests.  This bias is heightened in the case of GM, where it is spurred by the billions of corporate and funding dollars at stake. There have been concerted attacks from scientists and others dependent on the industry upon scientists who have demonstrated harm from GM crops.

The signatories of today’s letter point to increasing use of pesticides, with no intrinsic increase in crop yield (there is no single gene for higher yield ).  Thus GM crops are a liability to both farmers and consumers, while proponents of GM continue to make extravagant claims for these crops.  The letter also dismisses the claim that GM foods are safe to eat, a claim based on commercially confidential studies performed by the GM-seed developers.  On the contrary, peer-reviewed, published toxicology/ safety studies by independent researchers show that lab animals suffer damage to health when fed even small quantities of GMOs.

Newcastle University Prof. Carlo Leifert stated: “I strongly believe that the Scottish government is right in banning genetically modified crops.  The process of safety testing is still a completely flawed process and there are potentially significant public health risks and negative biodiversity and environmental impacts, while there is likely to be no commercial benefit for farmers from the currently available GM crops.  On the other hand, there are likely to be significant commercial benefits from Scotland being clearly recognized as a GM-free region for producers of major Scottish export crops/crop products (e.g., potato, cereals, oil seed rape, soft fruit, whisky).”

“Banning GMOs is a very brave step to take given the political power of the GM-crop proponents. I hope other governments in Europe will be encouraged by this and stand up to the interference of multinational biotech companies and their lobbyists in national decision-making processes, and will also stand up to lobbying by parts of the academic community which push GM-crop commercialization mainly as a justification for their own fundamental research funding.”

The letter urges Scotland to become a leader in the science of agroecology, which has been proven to be an efficient and sustainable way of farming that produces healthy soils, plants, animals and food.

Firstly, as members of the science community, we wish to congratulate you on your recent announcement of a GM-free status for Scotland.

You have received a letter from Sense About Science urging you to abandon Scotland’s ban on genetically modified (GM) crops and asking for a meeting to persuade you in that direction.  We, the undersigned, urge you to maintain Scotland’s admirable integrity on this issue and not to fall victim to the unfounded claims made for GM crops.

It is a documented fact [Ref. 1] that professionals with a career or financial interest in a controversial product are much more likely to endorse it than are those who have no such interest.  This is very much the case with GM. In this instance, however, the stakes for a multi-billion dollar industry, and the organisations and scientists funded by it, are so high that opposition extends far beyond endorsement.  ‘Unfavourable’ research results in company-sponsored studies are routinely suppressed; and we see, repeatedly, vitriolic attacks and defamation of independent scientists who report evidence of harm resulting from GM crops, as in laboratory animal-feeding trials. [Ref. 2]

The GM industry and disinformation

In spite of the huge body of evidence to the contrary that continues to accumulate, the GM industry wishes the public and politicians to believe that GM crops are friendly to the environment and safe to consume by humans and animals — and, indeed, to be an essential tool of modern agriculture.  A number of industry-backed ‘front’ organisations have been created that employ “stealth PR techniques” to promote the interests of clients, and  Sense About Science is one of these. [Ref 3]

GM pesticide use and yields

GM crops are designed for intensive, chemical agriculture, which has already led to the degradation of our soils and the micro-organisms that promote soil fertility.  Food crops now contain only a fraction of the mineral content they had a mere 50 years ago.  The amount of pesticides that are applied to GM crops is increasing year-on-year. [Ref 4]   A class of GM crops that actually have decreased amounts of applied insecticide (the Bt crops) are engineered to produce their own insecticide within their cells — and these toxins cannot be washed off but must be eaten. The total amount of insecticide occurring in and on Bt crops is estimated to be greater than if an applied insecticide had been used. [Ref 5]  As weeds and insects become resistant to the controlling chemicals, additional and more highly toxic pesticides are being added.
Yields of GM crops are similar to, or lower than, yields of conventional crops [Ref 6]; there is no gene for higher yield in any GM crop.  If a bigger harvest occurs, it is rather a decreased loss to weeds or insects than an intrinsically higher yield.  Some newer GM crops that are claimed to give intrinsically higher yields or other desirable trait were actually developed by traditional breeding to achieve that trait, and they were subsequently made GM (and patentable) by introducing the usual herbicide-tolerance or insect-resistance genes. [Ref 7]

Safety of GM crops for environment and health

In the United States, where GM crops are most widely grown, an increasing number of weeds has become resistant to Roundup, the glyphosate-based herbicide that is used on most herbicide-tolerant GM crops.  On some farms, old-fashioned weeding by hand has become necessary, and there are even cases where farms have had to be abandoned because the weed problem became intractable. [Ref 8]  Some varieties of weeds are now resistant to several herbicides.
GM seed developers perform their own animal-feeding nutritional and safety studies.  Usually these are commercially confidential and unavailable for public scrutiny.  Those that are published are short-term and dismiss as not “biologically meaningful” the statistically significant differences they acknowledge to occur between the animals fed a GM variety and the control animals. [Ref 9]  Independent scientists almost always find harm to health (immune system, kidneys, liver, reproductive fertility, etc.) when animals are given GM feed. [Ref 10]  Many farmers have also reported health problems from GM feed, and these disappear when a non-GM diet is re-introduced. [Ref 11]
In March of this year, the widely used herbicide glyphosate was declared to be “probably carcinogenic”’ by the experts in the International Agency for Research on Cancer (IARC), which operates under the auspices of the World Health Organisation. [Ref. 12]  Only peer-reviewed publications were considered, not unpublished company-sponsored studies.  Monsanto Company, which owns the huge majority of patents on GM crops dependent on glyphosate, has described this report as “junk science” and is now trying to discredit it and to have it retracted. [Ref 13]
Genetics remains an imperfectly understood science, and genetic engineering often induces unexpected and even harmful changes that may not be recognised during testing.

An excellent online publication that provides summaries and examples of all aspects of GM processes and products can be found at:
earthopensource.us7.list-manage.com/track/click?u=50141f121d7b3fbaa04918d11&id=c4148d8bf4&e=79eba3e9c6
Two of the three authors are geneticists who either are, or have been, engaged in genetic engineering.

From our perspective as independent scientists, a Scottish ban on GMOs is entirely justified even on scientific grounds alone.  We hope that you and your advisors will not be beguiled by the unjustified claims and promises of an increasingly desperate GM industry.  Scotland must maintain its high-quality crops and foods, without contamination by genetically engineered varieties.  Instead of pursuing a route that is already causing serious environmental and health problems, Scotland should become a leader in the science of agroecology, which has already proved its efficacy and sustainability. [Ref 14]  Together with non-invasive modern innovations like Marker Assisted Selection to speed traditional breeding, agroecology has promise to replace our present conventional and GM agriculture and to produce healthy soils leading to healthy plants, animals and food.

(Each signatory has signed as an individual, not on behalf of any organisation.)

Dr Mae-Wan Ho, Institute of Science in Society, Roster of Experts on Cartagena Protocol for Biosafety

Prof Malcolm Hooper, Professor Emeritus of Medicinal Chemistry at the University of Sunderland

Dr Ulrich Loening, Reader in Zoology and Director of the Centre for Human Ecology (retired), University of Edinburgh

Prof Philip L. Bereano, Professor Emeritus of Technology and Public Policy, University of Washington; Negotiator for the Cartagena Biosafety Protocol, the Supplemental Protocol on Liability and Redress; and Codex Alimentarius Guidelines on Food from Modern Biotechnology.