The President of the El Salvadoran Center for Appropriate Technologies (CESTA), Ricardo Navarro, has demanded that the U.S. Ambassador to El Salvador, Mari Carmen Aponte, stops pressurizing the Government of El Salvador to buy Monsanto’s GM seeds rather than non-GMO seeds from domestic suppliers. 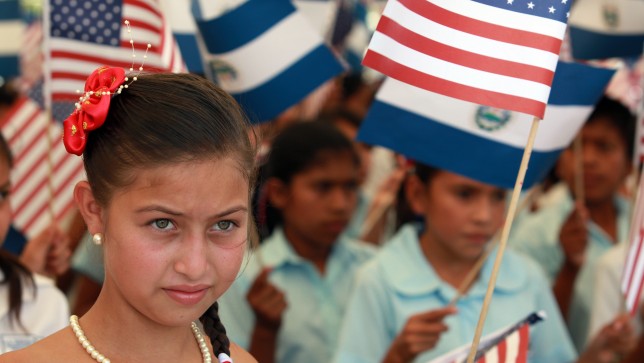 “I would like to tell the U.S. Ambassador to stop pressuring the Government (of El Salvador) to buy ‘improved’ GM seeds,” said Navarro, which is only of benefit to U.S. multinationals and is to the detriment of local seed production, Verdad Digital reported last week.

In recent weeks, the U.S. has been pushing the El Salvadoran Government to sign the second Millennium Challenge Compact. One of the main conditions on the agreement is allegedly for the purchasing of GM seeds from Monsanto.

Support the El Salvadoran Government in their fight against Monsanto

At the end of 2013 it was announced that without ‘specific’ economic and environmental policy reforms, the U.S. government would not provide El Salvador with $277 million in aid money through the Millennium Challenge Corporation (MCC).

The Millennium Challenge Corporation (MCC) is a U.S. foreign aid agency that was created by the U.S. Congress in January 2004. According to the MCC they “have changed the conversation on how best to deliver ‘smart’ U.S. foreign assistance by focusing on ‘good’ policies.”

It is now clear that by ‘specific reforms’ the MCC means reforms that allow GM crops and their associated pesticides to be forced on El Salvador’s Government and citizens.

Is it a coincidence that the MCC delayed its initial agreed aid payments following the announcement by the El Salvador Government that they were banning the use of Glyphosate (Roundup) and 52 other dangerous chemicals in September 2013?

Glyphosate (Roundup) herbicide sales are the main money earner for the Biotech industry worldwide and the chemical is also the base of the whole system that allows GM Crops to be grown.

The El Salvadoran Government’s ban on Glyphosate came amidst a mysterious kidney disease that is killing thousands of the region’s agricultural laborers. Central America’s health ministries signed a declaration in March 2013 citing the ailment as a top public health priority and committing to a series of steps to combat its reach, the Center of Public Intergrity revealed.

Over the last two years, the Center for Public Integrity has examined how a rare type of chronic kidney disease (CKDu) is killing thousands of agricultural workers along Central America’s Pacific Coast, as well as in Sri Lanka and India. Scientists have yet to definitively uncover the cause of the malady, although emerging evidence points to toxic heavy metals contained in pesticides as a potential culprit.

Sri Lankan scientist Dr Jayasumana recently released a study in the International Journal of Environmental Research and Public Health that proposes a link between Roundup (aka Glyphosate) and CKDu.

“There is a harmful corporation on the planet called Monsanto …  it is truly disturbing that the U.S. is trying to promote them …” concluded Navarro, who hopes that the Members of the El Salvadoran Legislative Assembly do not accept any manipulation by the U.S.