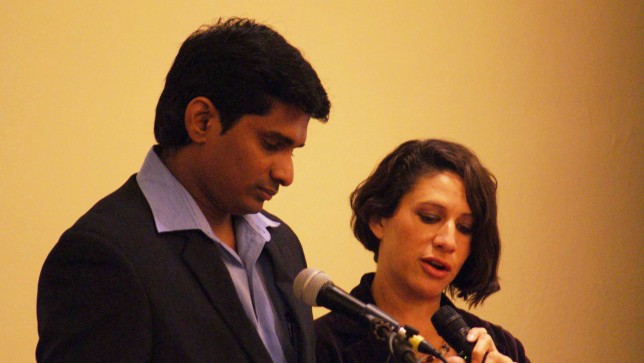 Dr Jayasumana recently released a study in the International Journal of Environmental Research and Public Health that proposes a link between the world’s number one selling herbicide known as Roundup (aka Glyphosate) and a series of mysterious epidemics of fatal chronic kidney disease of unknown origin (CKDu) affecting several poor farming regions around the world.

In Sri Lanka alone CKDu now afflicts 15% of people of working age in the Northern part of the country; a total of 400,000 patients with an estimated death toll of around 20,000.

Watch the videos “Mystery in the Fields” and “Cycle of Death” for 5 minute documentaries providing additional background information on afflicted areas around the world.

Dr Jayasumana, what led you into the investigation of possible links between Glyphosate and CKDu?

In Sri Lanka the disease was first noticed in 1994 at a rice paddy farming colony named Padavi-Sripura and located 350 km North East of the capital city, Colombo. The unique epidemiological feature of CKDu has commonly known risk factors for CKD such as diabetes mellitus, hypertension and glomerular nephritis is not seen in these patients. Young to middle aged (30 to 50 year old) men with low socio-economic backgrounds are predominantly affected. Epidemiological studies have shown that the disease is related to paddy farming with extensive use of pesticides and chemical fertilizers.

The observed geographical and socioeconomic disease patterns led to assumptions that environmental and occupational factors have an important role to play as the main causative agents. Tubulointerstitial disease with negative immunofluorescence for IgG, IgM and complement-3 were more in favour of a toxic nephropathy. However, known nephrotoxins could not coherently explain why CKDu is confined to certain geographical areas of Sri Lanka and why there was no CKDu in Sri Lanka prior to the 1990s. We focused on toxic substances originating from chemical fertilizers and pesticides which were introduced to Sri Lanka in the late 1970s and early 1980s. Earlier, our main concern was arsenic and heavy metals coming from agrochemicals. Nevertheless, comprehensive studies have shown that there could be something else which contributes to the epidemic. When we analysed urine samples of CKDu patients for various organic and inorganic substances, we detected high levels of glyphosate and AMPA apart from arsenic and heavy metals. This led us into the investigation of possible links between Glyphosate and CKDu.

You mention in your study that nephrotoxic metals are found in the water around areas where CKDu is prevalent – could these metals not be the only reason for the chronic kidney disease?

What areas of the World are currently affected by CKDu?

11 countries on 3 continents are affected.

Is it not surprising that with such a high death toll there is not more media coverage of this disease?

This is a disease of poor farmers: a disease of rural villagers in Asian, African and Latin American countries. This is not a disease of the Western World. Hence, a low visibility in print and electronic media. Also there is emerging evidence that the disease is linked to agrochemicals produced by multinationals. They want to hide the link, promote other theories, and undermine the severity of the disease. Leading media institutions in the contemporary world are subverted by the hidden agendas prepared by political and economic behemoths. So how can we expect truthful reporting?

Are you not worried by the possible reaction of the multi-national biotech industry, which produced Glyphosate-based herbicides, to your study?

Our main concern is the innocent farmers in the paddy cultivating areas of Sri Lanka. The CKDu endemic area is the heart of ancient Sinhala-a Buddhist civilisation with two ancient capitals. We have been cultivating rice for two millennia without any problem. All these appeared following the introduction of so-called developed rice varieties and agrochemicals to the region.

We are well aware about the reaction of the multi-national biotech industry. We know what happened to the publication by Prof. Gilles-Éric Séralini. We are ready to face them.

What qualities does Glyphosate have which could make it into a killer of so many people? Is Glyphosate alone the reason for the outbreak of CKDu?

The strong metal chelating property of glyphosate is the key factor. Glyphosate was first patented as a chelating agent, wetting agent and biologically active compound. It was initially used as a descaling agent to clean out calcium and other mineral deposits in pipes and boilers of residential and commercial hot water systems. Descaling agents are effective metal binders, which grab on to Calcium, Magnesium and heavy metals to make the metal water soluble and easily removable. Later, Monsanto acquired the chemical and obtained a patent for its herbicidal properties. Once glyphosate is combined with a metal, it does not follow the normal degradation pathway and remains in the environment or biological systems for a long time. Glyphosate alone is a weak nephrotoxic substance. When it combines with arsenic or heavy metal, its nephrotoxic property is enhanced a thousand times.

Glyphosate alone is not the cause for CKDu but, it seems to have acquired the ability to destroy the renal tissues of thousands of farmers when it forms complexes with nephrotoxic metals.

Sri Lanka has now become the first country to officially ban all Glyphosate-based herbicides after an order from the Sri Lankan President. Should other countries follow Sri Lanka in banning Glyphosate herbicides based on your study findings?

We just published the hypothesis. We had to find a journal, which would publish our hypothesis with a detailed explanation amounting to more than 9900 words. Now we are in the process of publishing experimental data. There is significant contamination of the environment and biological systems with Glyphosate-Metal complex. At the same time, the disease is spreading rapidly throughout the farming areas.

We found the cause and solution to the CKDu by re-discovering our own unique knowledge system. The cultivation technology that we advocate was in existence during the ancient civilisation and reformulated by us. The yield of traditional rice varieties cultivated without agrochemicals but using indigenous technology has cost savings for farmers even after considering fertilizer subsidies.

HE the president of Sri Lanka was brave and intelligent enough to take immediate actions to protect his people. Political authorities in other countries with similar epidemics have the option to follow Sri Lanka or keep silent and bow down to multinationals and watch helplessly till their once proud civilisations wither away.