GeneWatch UK today warned that planned experiments with genetically modified (GM) fruit flies in Brazil could lead to GM maggots in fruit being illegally imported to Britain and other countries. 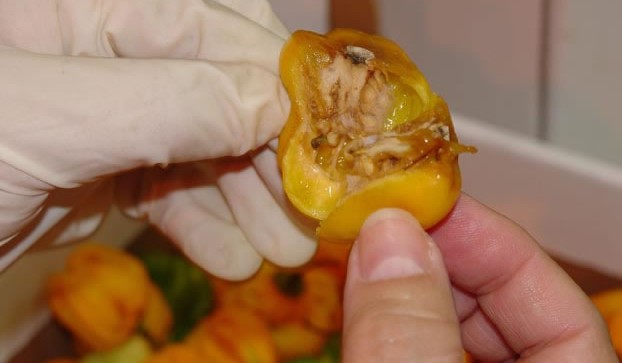 Experiments involving open releases of millions of genetically modified (GM) Mediterranean fruit flies (Ceratitis capitata) into fruit orchards in Brazil were approved by Brazil’s GM regulator CTNBio in April (1). The date for the planned experiments has not yet been announced.

When released, the GM fruit flies are expected to mate with wild flies and produce female offspring which fail to reach adulthood, with many dying as maggots in the fruit. This is intended to reduce the wild population on Mediterranean fruit flies, which are a pest which feeds on many types of fruit. To reduce the wild population it must be outnumbered by a factor of at least ten to one, requiring many millions of GM fruit flies to be released.

Brazil exports fruit including melons, mangoes, grapes, apples, papayas and plums worldwide, with Europe as a major market. In 2013, the British and Dutch made almost two thirds of purchases, followed by Spain, the U.S., Germany, Portugal, France, Uruguay, the UAE, Canada, Bangladesh, Italy and Argentina (2).

In Europe, food containing genetically modified organisms (GMOs) is legally required to be safety tested and labelled, however no specific procedures have been adopted to identify GM maggots in fruit imports. Live GM flies could also be transported in the fruit as the genetic killing mechanism affects only female flies.