Categorized as
14307
Tagged as
BulgariacornECEUGMGMOmaize
Related

Bulgaria stands categorically against the cultivation of GMO Maize in Europe. 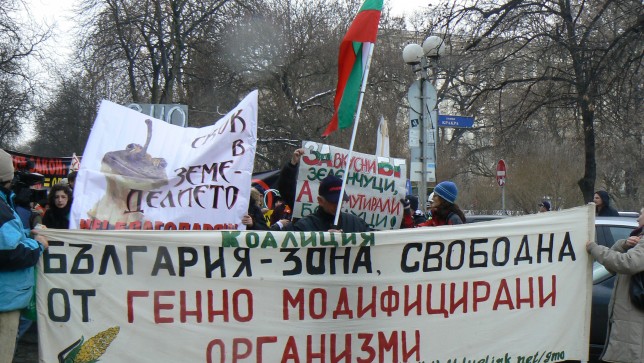 After lengthy debates in the European institutions regarding the cultivation of genetically modified maize (GM Maize) in EU Member States, the case was sent to the EU Court of Justice, which ruled that the prohibition on the use and marketing of genetically modified organisms, such as MON 810 GM Maize, was not supported by EU laws.

In late 2013 the EC invited Bulgaria to lift the ban on the cultivation of GM Maize as the prohibition was allegedly based on an incorrect legal ruling. In early 2014 , the EC informed Bulgaria of the launch of infringement proceedings under Art. 258 of the Treaty on the Functioning of the EU. To this regard, the Bulgarian Ministry of Agriculture prepared a draft for the Council of Ministers Decision amending the Decision of Council of Ministers on February 3, 2011 to ban the cultivation of genetically modified maize MON 810 on the territory of Bulgaria.

Bulgarian Agriculture Minister Prof. Dimitar Grekov said that the ban on GMOs  in Bulgaria will not be canceled!

Bulgaria has no need for GMO crops, he added. According to him, local agricultural models are well adapted to the climate and soil conditions and have a high ecological plasticity, a broad genetic base and also have a very good set of cultivation and uses .

“Local varieties are a valuable source of genetic variability. In the cultivation of genetically modified and conventional maize (hybrid or local variety) at distances from each other less than those provided for in the current Bulgarian law on GMOs , there is a theoretical risk for the population of conventional corn to be genetically  “contaminated ” with transgenes’ Minister Grekov categorically stated.

Despite the ban on the cultivation of GMOs in Bulgaria, during the past few years there have been large areas of farmland contaminated with GM Maize imported from Romania.