Representatives of the international coalition No Patents on Seeds! from France, Germany and Spain have filed an opposition against a European patent held by Monsanto on conventionally bred tomatoes (EP1812575). The patent claims tomatoes with a natural resistance to a fungal disease called botrytis. The original tomatoes used for this patent came from the international gene bank in Gatersleben, Germany. It was already known that these plants had the desired resistance and they were simply crossed with other tomato plants. Monsanto then produced a cleverly worded patent in order to create the impression that genetic engineering had been used to produce the tomatoes and to make it look ‘inventive’. 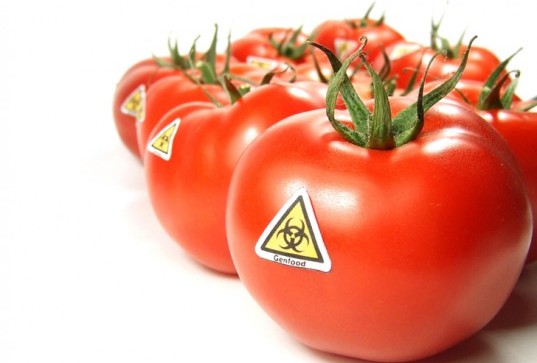 Text of the opposition and the patent

“Because crossing tomatoes is not patentable, Monsanto deliberately rephrased the patent during the period of examination to make it appear as if genetic engineering was involved. However, careful reading of the patent shows that this is simply fraudulent. These tomatoes were not produced by transferring isolated DNA. The European Patent Office should have picked up on this,” says Christoph Then for No Patents on Seeds!. “This patent shows just how easy it is for companies like Monsanto to avoid existing prohibitions in patent law.”

According to patent law, “essentially biological processes for the production of plants and animals” are excluded from patentability. On the other hand, the European Patent Office routinely grants patents on genetically engineered plants. Monsanto already holds several hundred of these controversial patents. However, in this case, the tomatoes were derived from normal crossing, as described in the patent. Furthermore, it is very unlikely that such tomatoes can be created by genetic engineering because resistance to botrytis seems to be based on the combinatorial effects of several genes within the genome of the tomatoes. The relevant gene sequences are not known in detail. Thus, a desired gene combination can be achieved by crossing whole genomes, but not by transferring single isolated DNA sequences.

The opponents have also accused Monsanto of biopiracy: The original tomatoes came from an international gene bank in Germany that is supposed to safeguard the seeds for the common good in further plant breeding to ensure world food security. “Taking seeds from international gene banks for filing patents on genetic resources and their native traits is nothing less than theft, biopiracy and abuse of patent law”, says Francois Meienberg for Berne Declaration. “Patents on genetic resources stored in international seed banks have huge implications for availability to farmers and other breeders and can substantially hamper or even block access to plants needed for further breeding.”

The international coalition of No Patents on Seeds! is organising the opposition. Part of the coalition are Bionext (Netherlands), The Berne Declaration (Switzerland), GeneWatch (UK), Greenpeace, Misereor (Germany), Development Fund (Norway), No Patents on Life (Germany), Red de Semillas (Spain), Rete Semi Rurali (Italy), Reseau Semences Paysannes (France) and Swissaid (Switzerland). The organisations behind the No Patents on Seeds! coalition are concerned that such patents will foster further market concentration, making farmers and other stakeholders of the food supply chain more and more dependent on just a few big international companies and ultimately reduce consumer choice. No Patents on Seeds! is calling for a revision of European Patent Law to exclude breeding material, plants and animals and food derived thereof from patentability. The coalition is supported by several hundred other organisations.