Biotech giant Syngenta has been criminally charged with denying knowledge that its genetically modified (GM) Bt corn kills livestock during a civil court case that ended in 2007 [1]. 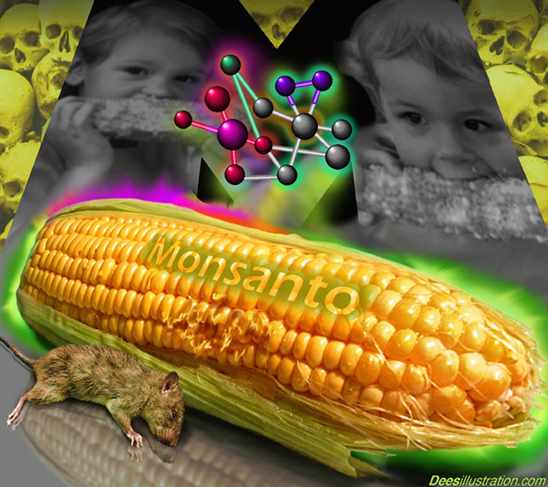 Syngenta’s Bt 176 corn variety expresses an insecticidal Bt toxin (Cry1Ab) derived from the bacterium, Bacillus thuringiensis (Bt) and a gene conferring resistance to glufosinate herbicides. EU cultivation of Bt 176 was discontinued in 2007. Similar varieties however, including Bt 11 sweet corn are currently cultivated for human and animal consumption in the EU.

The charges follow a long struggle for justice by a German farmer whose dairy cattle suffered mysterious illnesses and deaths after eating Bt 176. They were grown on his farm as part of authorised field tests during 1997 to 2002. By 2000, his cows were fed exclusively on Bt 176, and soon illnesses started to emerge. He was paid 40 000 euros by Syngenta as partial compensation for 5 dead cows, decreased milk yields, and vet costs (see [2] Cows ate GM Maize and Died, SiS 21). During a civil lawsuit brought against the company by the farmer however, Syngenta refused to admit that its GM corn was the cause, claiming no knowledge of harm. The case was dismissed and Gloeckner remained thousands of euros in debt.

Gloeckner continued to lose cows and many more had to be put down due to serious illnesses, compelling him to stop using GM feed from 2002. He approached the Robert Koch Institute and Syngenta to conduct a full investigation. However, only one cow was ever analysed and the data are still unavailable to the public. Unsurprisingly, no causal relationship between the GM feed and deaths was determined; and there is still no explanation for the deaths.

But in 2009, the farmer learned of a feeding study allegedly commissioned by Syngenta in 1996 that resulted in four cows dying in two days. The trial was abruptly terminated. Now Gloeckner, along with a German group called Bündnis Aktion Gen-Klage and another farmer turned activist Urs Hans, have brought Syngenta to the criminal court to face charges of withholding knowledge of the US trial, which makes the company liable for the destruction of the farmer’s 65 cows. Syngenta is also charged with the deaths of cattle in the US trial and on Gloeckner’s farm, which should have been registered as “unexpected occurrences”. Most seriously, the German head of Syngenta Hans-Theo Jahmann, is charged for withholding knowledge of the US study from the judge and from Gloecker in the original civil court case.

This is by no means the only account of mysterious deaths associated with Bt GM feed. In India where livestock are left to graze on post-harvest cotton, thousands of livestock deaths have been recorded in different villages across central India where Bt cotton is grown (see [3] Mass Deaths of Sheep Grazing on Bt Cotton, SiS 30).  Shepherds’ own observations and post-mortem analysis carried out in the laboratory revealed abnormal liver, enlarged bile ducts and black patches in the intestine. The shepherds said that the sheep became “dull/depressed” after 2-3 days of grazing, started coughing with nasal discharge and developed red lesions in the mouth, became bloated and suffered blackish diarrhoea, and sometimes passed red urine. Death occurred within 5-7 days of grazing. Sheep from young lambs to adults of 1.5-2 years were affected. One shepherd reported getting diarrhoea from eating the meat of an affected sheep. The vets declared that the toxicity could be due to the Bt toxin but this could not be proven as results were confounded by additional pesticides used on the fields. The shepherds were however, advised against letting the sheep graze on any more Bt cotton plants.

Philippine villagers living around Bt Maize fields have also suffered deaths and similar illnesses of fever, respiratory, intestinal and skin problem (see [4] GM ban long overdue, five deaths and dozens ill in the Philippines, SiS 29).  Five mortalities were reported in 2003 and subsequently, 38 individuals had their blood analysed and all were positive for antibodies specific to Cry1Ab, suggesting an immune reaction to the toxin. As is often the case, intimidation and denial by government officials meant that there were no further investigations into the matter.

Cause of deaths unknown

There is still no explanation provided by the authorities as to the cause of death of Gloeckner’s cows. The biotech industry claims that Bt toxins are quickly digested in the stomach and are only effective in insect target species. However, a recent study has found the toxin in the blood of over 80 % of women and their unborn children tested in Canada [5]. Because naturally existing Bt toxins from the soil bacterium have been used for a long time, long-term toxicology and health risk assessments on Bt proteins in GM crops were not done. However, there are important differences between the naturally produced toxins that can be washed off the crops, as opposed to genetically modified toxins that are part and parcel of the GM crop. Independent studies have shown that basing health assessments on flawed scientific assumptions is not only arrogant, but foolish.

Safety assessments of new GM products surely need to be tested independently, not controlled by the very industry pushing it onto the market place. Conflicts of interests are obscuring data that are crucial to our farming industry and animal welfare, as well as human health.