Use of Bayer’s contested weedkiller glyphosate, the subject of more than 10,000 lawsuits in the US over claims it causes cancer, will eventually die out, German Chancellor Angela Merkel told the country’s lower house on Wednesday (Jun 26). 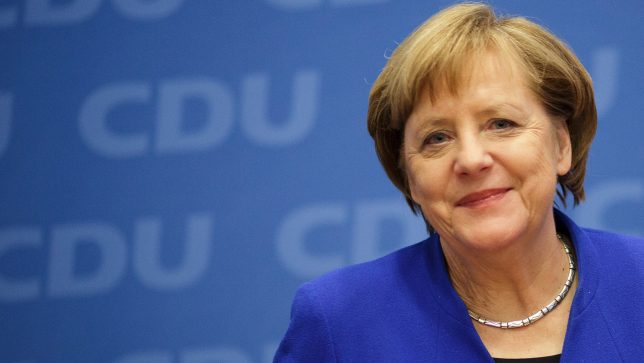 Merkel’s view is seemingly at odds with that of Bayer, which acquired the pesticide along with its takeover of US seed maker Monsanto, which earlier this month said it saw a future for the product.

Bayer’s shares hit seven-year lows after a California couple was last month awarded more than US$2 billion in the largest-ever US jury award over claims that glyphosate-based weedkiller Roundup, caused their cancer.

“Things are developing, and we will eventually come to a point where glyphosate isn’t deployed any more,” she told lawmakers, adding that this should be achieved without overburdening farmers.

Bayer, which has been struggling to outrun the glyphosate crisis, two weeks ago announced it would spend 5 billion euros in researching alternative pesticides, but said it believed the weedkiller had a future.

“While glyphosate will continue to play an important role in agriculture and in Bayer’s portfolio, the company is committed to offering more choices for growers,” Bayer said at the time.

Glyphosate-based herbicides, in use for more than 40 years, are the most commonly applied weed control products in the world.

Direct glyphosate sales play only a minor role for Bayer’s earnings because various other crop chemical companies supply the off-patent herbicide, but seeds to grow glyphosate-resistant crops are a key profit driver in North and South America.