Earlier this week, the National Organic Program (NOP) of the U.S. Department of Agriculture published a memo that will put a stop to the practice of allowing organic certification for container systems produced on land managed with substances, such as the herbicide glyphosate, which are not permitted in organic production. 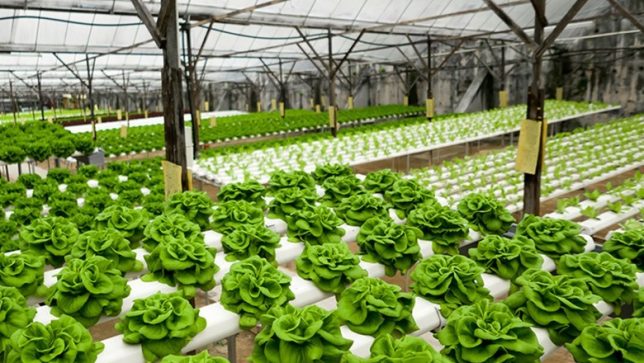 The decision comes after broad opposition to this NOP allowance was vociferously expressed by a cross section of commenters at the April meeting of the National Organic Standards Board. The head of NOP, Jenny Tucker, in response to questions, attempted to clarify her previous comment to farmers indicating that the practice met organic standards, but instead incited outrage at the NOSB meeting by refusing to reject the use glyphosate in container growing operations. The NOP decision is not retroactive for operations earlier allowed to use the chemicals.

The NOP memo clarifies and establishes stricter adherence to a pre-existing rule written into the Organic Foods Production Act (OFPA) of 1990. While this clarification represents a victory for those fighting to keep organic strong, the certification of hydroponic and other container systems as organic continues to present a major challenge for the integrity of a system whose founding law mandates increasing soil fertility, conserving biodiversity, and building soil organic matter.

The new NOP memo clarifies a longstanding rule, known as the “three-year transition period,” as applied specifically to organic crop container systems. The rule states that to be considered as organic under OFPA, crop container systems must be produced on land that has been managed without synthetic chemicals or other prohibited substances, for at least three years immediately preceding harvest.

Without this three-year transition period, organic container system producers could, and did, benefit from the organic label without substantively transitioning any of their land to organic management. Foods labeled as “organic” could be – and have been to this point – produced in containers on land drenched with prohibited pesticides, including the infamous herbicide glyphosate. And, until Monday, the National Organic Program endorsed such behavior.

As reported by the Real Organic Project, “NOP head Jenny Tucker told the National Organic Coalition on several occasions that NO transition time is required for hydroponic to be certified.” In a letter to U.S. Department of Agriculture (USDA) administrator Bruce Summers, the Organic Trade Association remarked, “[R]ecent reports indicate the NOP may be allowing its certifying agents to permit the use of glyphosate on certified organic farms that grow crops in containers.” It appears that in their dealings with organic certifiers, NOP consistently let silence take the place of regulation. In a letter to inspectors, staff, and container based growers, organic certifier Americert stated that the NOP was aware of their own and several other certifiers’ zero-transition practices, and provided no firm guidance as to whether they should abide by the OFPA rule. Americert concluded, “It appears that on this issue, we are left on our own to determine how to proceed.”

Fortunately, certifiers will no longer be left on their own, as the new guidance provides firm grounding for all future container system certification to abide by organic land management practices, for at least three years leading up to organic production. The decision to firm up the transition rule comes after appeals by the Organic Trade Association, the National Organic Coalition, the Organic Farmers Association, Beyond Pesticides, and other allied advocates for organic integrity.

While NOP’s clarification and stricter enforcement come as a welcome victory, their firm stance will only apply to as-yet uncertified operations. The memo explicitly excludes previously certified operations from regulation, grandfathering in even those operations whose land has been treated with prohibited chemicals within the last three years, including up to the very day of certification.

The confusion over how to organically manage container systems arose in the first place due to the relative novelty of allowing any container systems to be considered as “organic.” Beyond Pesticides and allied advocates for organic integrity question the basis for certifying any hydroponic operation as organic, regardless of their transition practices.

Hydroponic plants are grown without soil and fed entirely through manufactured nutrient solutions. Hydroponic operations rely on nutrient inputs that do not return to the system. Whether or not these inputs are organic products, the hydroponic practices themselves, as noted by the Center for Food Safety (CFS) in a recent rulemaking petition, fulfill zero out of the three core requirements that define “organic production” in OFPA: to “foster cycling of resources, promote ecological balance, and conserve biodiversity.” Soil is integral to organic production. Under OFPA, to be called organic, producers must engage in practices that actively support the rich, living biodiversity of the soil that sustains future production.

The U.S. is the only developed country still allowing hydroponics to fall under the organic label. Canada and Mexico prohibit hydroponics from organic, and the European Parliament voted to end the organic certification of hydroponic products in April 2018. With the U.S. regulatory gates open, industrial hydroponic operations have access to flood the organic market and, longtime organic producers warn, to push soil-based organic farmers out of business. “Hydroponic producers getting the benefit of the organic label without actually doing anything to benefit the soil undermines the standard and puts all soil-based organic farmers at an untenable economic disadvantage,” stated Kate Mendenhall of the Organic Farmers Association.

Organic growers and advocates warn that without a serious effort to protect it, the organic label could become wholly misleading with respect to its central tenets: prohibition of synthetic chemicals and commitment to soil improvement and biodiversity conservation.