The International Life Sciences Institute (ILSI) is a corporate-funded nonprofit organization based in Washington DC, with 17 affiliated chapters around the world. ILSI describes itself as a group that conducts “science for the public good” and “improves human health and well-being and safeguards the environment.” However, investigations by academics, journalists and public interest researchers show that ILSI is a lobby group that protects the interests of the food industry, not public health. 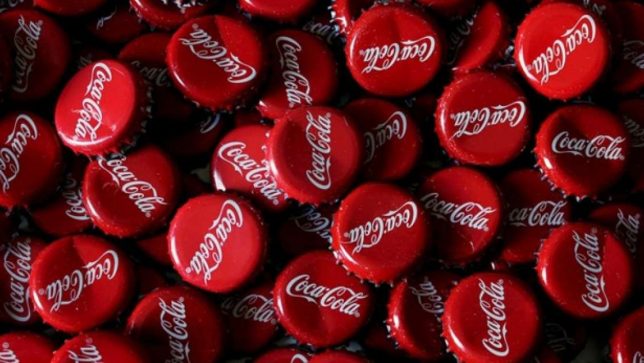 ILSI was founded in 1978 by Alex Malaspina, a former senior vice president at Coca-Cola who worked for Coke from 1969-2001. Coca-Cola has kept close ties with ILSI. Michael Ernest Knowles, Coca-Cola’s VP of global scientific and regulatory affairs from 2008–2013, was president of ILSI from 2009-2011. In 2015, ILSI’s president was Rhona Applebaum, who retired from her job as Coca-Cola’s chief health and science officer (and from ILSI) in 2015 after the New York Times and Associated Press reported that Coke funded the nonprofit Global Energy Balance Network to help shift blame for obesity away from sugary drinks.

Emails obtained by U.S. Right to Know and reported in a 2016 study revealed that Coke proposed and financed the Global Energy Balance Network as a “weapon” in the “growing war between the pubic health community and private industry” over obesity and the obesity epidemic.

ILSI is funded by its corporate members and company supporters, including leading food and chemical companies such as Coca-Cola, BASF, Bayer, DuPont, Syngenta, Mars, McDonalds, chemical industry trade groups, and many others. In its annual report, ILSI and its branches reported $17,481,251 in expenses for 2017 but did not disclose specific donor information.

U.S. Right to Know obtained a document via a state freedom of information request showing corporate contributions to ILSI Global amounting to  $2.4 million in 2012. The largest donations were $500,000 from Monsanto and over $500,000 from the pesticide industry trade group, Crop Life International. ILSI’s draft 2013 IRS tax returns show $337,000 in donations from Coca-Cola and over $650,000 from six agrichemical companies, BASF, Bayer, Dow, Monsanto, Pioneer Hi Bred and Syngenta.

A June 2019 paper in Globalization and Health provides several examples of how ILSI advances the interests of the food industry, especially by promoting industry-friendly science and arguments to policymakers. The study is based on documents obtained by U.S. Right to Know via state public records laws.

The researchers concluded: “ILSI seeks to influence individuals, positions, and policy, both nationally and internationally, and its corporate members deploy it as a tool to promote their interests globally. Our analysis of ILSI serves as a caution to those involved in global health governance to be wary of putatively independent research groups, and to practice due diligence before relying upon their funded studies and/or engaging in relationship with such groups.”

As one example, the paper quotes an email from Alex Malaspina, the former Coca-Cola executive who founded ILSI, lamenting the failure of ILSI Mexico to follow the industry position on soda taxes. Malaspina describes “the mess ILSI Mexico is in because they sponsored in September a sweeteners conference when the subject of soft drinks taxation was discussed. ILSI is now suspending ILSI Mexico, until they correct their ways. A real mess.”

As one example, the paper quotes an email from Alex Malaspina, the former Coca-Cola executive who founded ILSI, lamenting the failure of ILSI Mexico to follow the industry position on soda taxes. Malaspina describes “the mess ILSI Mexico is in because they sponsored in September a sweeteners conference when the subject of soft drinks taxation was discussed. ILSI is now suspending ILSI Mexico, until they correct their ways. A real mess.”

In January 2019, two papers by Harvard Professor Susan Greenhalgh revealed ILSI’s powerful influence on the Chinese government on issues related to obesity. The papers document how Coca-Cola and other corporations worked through the China branch of ILSI to influence decades of Chinese science and public policy on obesity and diet-related illnesses such as Type 2 diabetes and hypertension. Read the papers:

ILSI is so well-placed in China that it operates from inside the government’s Centre for Disease Control and Prevention in Beijing.

Professor Geenhalgh’s papers document how Coca-Cola and other Western food and beverage giants “helped shape decades of Chinese science and public policy on obesity and diet-related diseases” by operating through ILSI to cultivate key Chinese officials “in an effort to stave off the growing movement for food regulation and soda taxes that has been sweeping the west,” the New York Times reported.

Additional academic research from U.S. Right to Know about ILSI

ILSI sugar study “right out of the tobacco industry’s playbook”

Public health experts denounced an ILSI-funded sugar study published in a prominent medical journal in 2016 that was a “scathing attack on global health advice to eat less sugar,” reported Anahad O’Connor in The New York Times. The ILSI-funded study argued that warnings to cut sugar are based on weak evidence and cannot be trusted.

The Times story quoted Marion Nestle, a professor at New York University who studies conflicts of interest in nutrition research, on the ILSI study: “This comes right out of the tobacco industry’s playbook: cast doubt on the science,” Nestle said. “This is a classic example of how industry funding biases opinion. It’s shameful.”

A July 2000 report by an independent committee of the World Health Organization outlined a number of ways in which the tobacco industry attempted to undermine WHO tobacco control efforts, including using scientific groups to influence WHO’s decision-making and to manipulate scientific debate surrounding the health effects of tobacco. ILSI played a key role in these efforts, according to a case study on ILSI that accompanied the report. “Findings indicate that ILSI was used by certain tobacco companies to thwart tobacco control policies. Senior office bearers in ILSI were directly involved in these actions,” according to the case study. See:

In May 2016, ILSI came under scrutiny after revelations that the vice president of ILSI Europe, Professor Alan Boobis, was also chairman of a UN panel that found Monsanto’s chemical glyphosate was unlikely to pose a cancer risk through diet. The co-chair of the UN Joint Meeting on Pesticide Residues (JMPR), Professor Angelo Moretto, was a board member of ILSI’s Health and Environment Services Institute. Neither of the JMPR chairs declared their ILSI leadership roles as conflicts of interest, despite the significant financial contributions ILSI has received from Monsanto and the pesticide industry trade group. See:

In June 2016, U.S. Right to Know reported that Dr. Barbara Bowman, director of a CDC division charged with preventing heart disease and stroke, tried to help ILSI’s founder Alex Malaspina influence World Health Organization officials to back off policies to reduce sugar consumption. Bowman suggested people and groups for Malaspina to talk to, and solicited his comments on some CDC summaries of reports, the emails show. (Bowman stepped down after our first article was published reporting on these ties.)

This January 2019 study in the Milbank Quarterly describes key emails of Malaspina cozying up to Dr. Bowman. For more reporting on this topic, see:

ILSI has close ties to some Indian government officials and, as in China, the nonprofit has pushed similar messaging and policy proposals as Coca-Cola – downplaying the role of sugar and diet as a cause of obesity, and promoting increased physical activity as the solution, according to the India Resource Center.

Members of ILSI India’s board of trustees include Coca-Cola India’s director of regulatory affairs and representatives from Nestlé and Ajinomoto, a food additive company, along with government officials who serve on scientific panels that are tasked with deciding about food safety issues.

ILSI insists it is not an industry lobby group, but concerns and complaints are longstanding about the group’s pro-industry stances and conflicts of interest among the organization’s leaders. See, for example:

Real Food on Trial, by Dr. Tim Noakes and Marika Sboros (Columbus Publishing 2019). The book describes “the unprecedented prosecution and persecution of Professor Tim Noakes, a distinguished scientist and medical doctor, in a multimillion rand case that stretched over more than four years. All for a single tweet giving his opinion on nutrition.”