Glyphosate is a popular ingredient in weed-killing herbicides because it’s extremely effective. But it’s also a well-known pollutant — researchers have found the chemical in samples of the air we breathe, the food we eat, and even the beer and wine we buy from the liquor store. 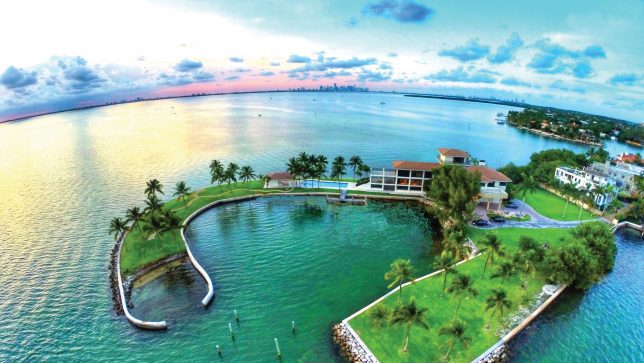 Now, the ingredient has been banned in Miami. On Thursday, city commissioners approved a resolution prohibiting the city and its contractors from using herbicides containing glyphosate, including Roundup. The ban went into effect immediately.

“Banning the use of glyphosate is a great first step to take in improving water quality,” the organization said Thursday. “It is also beneficial to public health, as citizens of the city of Miami won’t be exposed to harmful chemicals.”

Commissioner Ken Russell, who sponsored the resolution, says he started looking into the city’s use of herbicides and pesticides after Miami was swept by blue-green algae blooms, red tide, and fecal contamination. One of his main concerns was the city’s stormwater outfalls, which pump dirty, unfiltered water from the streets into Biscayne Bay.

“Water quality issues are so important to the city of Miami, and we can be one of the worst polluters as a municipality,” Russell says. “We ask for residents to make a change in their habits and that they be conscious of what they put in their gardens, but when I realized the totality of what the city uses at any given time, we had to change our habits.”

One of the first things he did was reach out to Alan Dodd, the city’s new director of resiliency and public works. Documentation showed the department had been using 4,800 gallons of glyphosate products per year to kill weeds on the streets and sidewalks of Miami. Dodd had recently put an end to that, but Russell wanted to officially ban glyphosate so the policy would extend to other departments, such as parks and recreation.

Miami’s ban followed other Florida cities, including Miami Beach and Stuart, that have already stopped the use of glyphosate products. Across the world, many cities and even entire countries have pushed to reduce or ban the ingredient due to concerns about cancer.

Last year, Monsanto — which developed glyphosate in 1970 and branded it as Roundup — was ordered to pay $78.5 million in damages to a California pest-control manager with non-Hodgkin’s lymphoma. Witnesses for the man linked his cancer diagnosis to his exposure to Roundup.

A study published in the scientific journal Mutation Research earlier this month appears to validate that theory: Researchers concluded the overall evidence “supports a compelling link” between exposure to glyphosate-based herbicides and increased risk for non-Hodgkin’s lymphoma.

A jury trial about the link between Roundup and cancer is currently underway in California.