Categorized as
4729
Tagged as
cancer
Related

The results are in on one of the first, large-scale studies on organic food consumption and cancer risks and they are significant and encouraging.  It is widely recognized we need to do much more in preventing cancer, as opposed to treating it, and this study suggests that organic food may be an important piece of the puzzle. 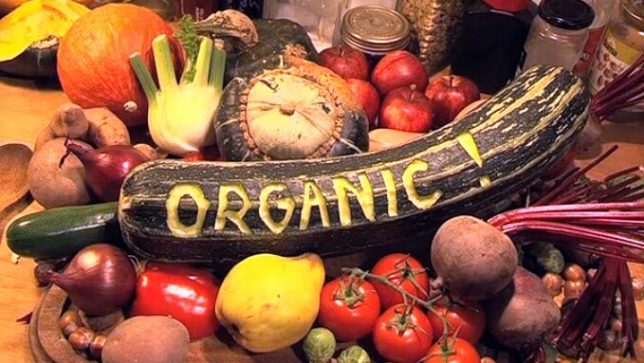 A team of French government scientists analyzed 68,946 citizens in the NutriNet-Santé cohort. Individuals were surveyed to determine if those who ate more organic foods had lower cancer rates.  Their new journal article, published online by JAMA Internal Medicine this week (that’s the prestigious journal put out by the American Medical Association), reports their key findings: people consuming organic food most regularly had 25% lower overall cancer risk compared to the group of people reporting very little or no consumption of organic food.

The differences were substantial and highly statistically significant – “participants with the highest frequency of organic food consumption had a 25% lower risk of being diagnosed as having cancer during follow-up compared with those with the lowest frequency” (Hemler et al., 2018).  Significant differences in cancer rates were found for Non-Hodgkin lymphoma (as much as a 86% reduction!) and postmenopausal breast cancer, even after accounting for factors like socioeconomic status and exercise habits (Baudry et al., 2018).

The NutriNet-Santé epidemiological study is following over 270,000 French adults.  Participants complete detailed online health and food intake surveys, providing a substantial data set for researchers studying the link between diet, nutrition, and health. It was launched in 2009 in France, with an additional cohort in Belgium enrolled in 2013.

There are already 120 papers on PubMed that have been produced from the data compiled by the NutriNet-Santé study.

For this new research, over 95,000 volunteers completed an organic food questionnaire online.  They were asked about sixteen different organic products, and asked to self report the frequency with which they were eaten.

Points were allocated for each product depending on whether they ate organic “most of the time” (worth 2 points), “occasionally” (1 point), or a version of “never/I don’t know” (0 points).  This analysis resulted in an “organic score” of between 0 and 32 points, which was then compared with cancer incidences reported in the health status follow-up questionnaires that participants completed on an annual basis, or self-reported at any time online (Baudry et al, 2018).

Participants who had already been diagnosed with cancer were removed from the data set, and of those 89,711 individuals 68,946 completed the appropriate follow up surveys, and had the correct data available for the analysis.  This group was 78% female, with a baseline mean age of 44.2 years.  A total of 1,340 cases of cancer were identified in follow-up among the study cohort.

An invited commentary on the organic food-cancer paper appears in the same issue of JAMA Internal Medicine. In the piece by Hemler et al. (2018) entitled “Organic Foods for Cancer Prevention — Worth the Investment?” the authors first highlight the “probable human carcinogen” classification of the three widely used pesticides (diazinon, malathion, glyphosate), including by far the world’s most heavily applied pesticide (glyphosate) by the International Agency for Research on Cancer (IARC).  They then note all three pesticides have been linked to non-Hodgkin lymphoma (NHL), and also acknowledge widespread exposure in the general population through mostly dietary sources.

After noting the strengths and weaknesses of the NutriNet-Santé study, and comparable results from other large-scale studies of diet-health outcomes (e.g. Million Women Study), Hemler et al. write “the relationship between organic food consumption and cancer is still unclear,” a key point that is hard to argue with.

As expected, they call for more research, and in particular, similar studies with a more rigorous method for quantifying pesticide dietary exposure and cancer risk, coupled with careful control of possible confounding factors. Solid and sound advice.