A California judge has rejected Monsanto’s appeal to overturn a landmark jury verdict which found that its popular herbicide causes cancer. 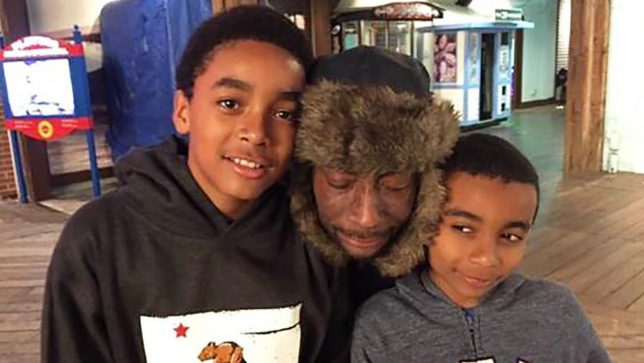 The judge’s ruling on Monday largely sided with Dewayne “Lee” Johnson, a father of three and former school groundskeeper, who won a $289m awardover the summer after alleging that his exposure to Roundup weedkiller gave him cancer. During the trial, the first of its kind, the 46-year-old also alleged that Monsanto had failed to warn him of the risks of using its product.

Monsanto, now owned by Bayer, the German pharmaceutical company, filed an appeal of the verdict, which said the company was responsible for “negligent failure”, knew or should have known that its product was “dangerous”, and had “acted with malice or oppression”.

Monsanto fought to overturn the verdict, arguing the evidence was insufficient. The San Francisco superior court judge Suzanne Bolanos had suggested in an initial written ruling this month that she was considering granting a new trial. But she ultimately denied Monsanto’s request. However, she has ruled to reduce punitive damages from $250m to $39m.

The judge said in her ruling Monday that if Johnson did not accept the lower punitive damages, she would order a new trial for Monsanto.

Johnson’s lawyers said in a statement Monday that the “reduction in punitive damages was unwarranted” and that his legal team, Baum Hedlund and the Miller Firm, was “weighing the options”.

They added, “The evidence presented to this jury was, quite frankly, overwhelming … Today is a triumph for our legal system. We care deeply for Lee and his family, and we are excited to share this important win with them and all those who supported this case.”

Bayer said in a statement that the reduction in damages was a “step in the right direction”, but that the company planned to file another appeal of the verdict.

The August verdict was a major victory for campaigners who have long fought Roundup, the most widely used herbicide in the world. Studies have repeatedly linked the glyphosate chemical, sold under the Roundup and Ranger Pro brands, to non-Hodgkin lymphoma (NHL), a type of blood cancer. In 2015, the International Agency for Research on Cancer ruled to classify glyphosate as a probable human carcinogen.

Johnson’s lawyers further argued that internal Monsanto emails uncovered in the litigation suggested that the corporation has repeatedly worked to stifle critical research over the years while “ghost-writing” scientific reports favorable to glyphosate.

Thousands of plaintiffs across the country have made similar legal claims, alleging that glyphosate exposure caused their cancer or resulted in the deaths of their loved ones.

Monsanto and Bayer have repeatedly insisted that glyphosate is safe to use and does not cause cancer.

Last week, four jury members spoke to the Guardian about the judge questioning their unanimous decision, urging her to allow the verdict to stand.

In a recent interview, Johnson told the Guardian that he wanted to see his case have a long-term impact, including new restrictions and labeling for the herbicide.

“I hope [Monsanto] gets the message that people in America and across the world are not ignorant. They have already done their own research,” he said, adding: “I’m hoping that it snowballs and people really get the picture and they start to make decisions about what they eat, what they spray in their farms.”

Johnson could have months to live and is not expected to survive beyond two years.