Vietnam’s Foreign Ministry has stated that they will re-visit legal channels in an attempt to receive damages for over one million people, from a group of chemical companies including Monsanto and Dow Chemical, which produced the deadly herbicide Agent Orange for the U.S. military during the Vietnam War. 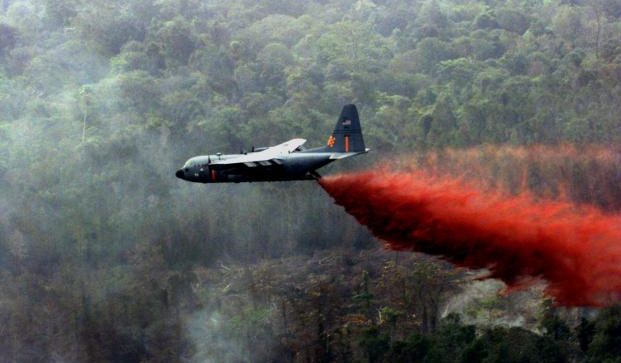 The Foreign Ministry announcement came as a direct result of the legal precedent set by the landmark cancer trial verdict in San Francisco on August 10, in which Monsanto was ordered to pay over USD 289 Million in total damages to the former school groundskeeper Dewayne Johnson, a California father who has non-Hodgkin’s lymphoma, which was caused by Monsanto’s glyphosate-based weedkiller Roundup.

“This case is a precedent that changes previous arguments that the herbicides supplied to the U.S. military by Monsanto and other American chemical companies during the Vietnam War are not harmful to people’s health,” deputy Foreign Ministry spokesperson Nguyen Phuong Tra said Thursday.

“We believe Monsanto should be held responsible for compensating the millions of Vietnamese victims of Agent Orange for the damage caused by the company’s herbicides,” Tra continued.

At least one million people in Vietnam now have disabilities or other health problems associated with Agent Orange, the Vietnamese Red Cross estimated, citing local studies.

The Vietnam Association of Victims of Agent Orange has stated that those affected are “the poorest people in the country. 70% of the families are classified as living below the poverty line and 22% of the families have three or more victims. Many are very seriously disabled; 90% are jobless. The burden of care for these victims falls on their parents or relatives, many of whom are now in their old age. The problem is great, and will be made more so when the parents and carers of these victims eventually die.”

A previous lawsuit filed by the Vietnam Association of Victims of Agent Orange in the early 2000s failed in the U.S. court system, however the Vietnamese Government believes a new case, possibly outside the U.S., would now be stronger.

The same chemical companies that could face new legal pressure from Vietnam, agreed in 1984 to settle with all army veterans who served in Vietnam between 1961 and 1972 from the U.S., Australia and New Zealand who believed that they or their children were harmed by their exposure to Agent Orange. At the time, the settlement for $180 million was the largest in history.

The U.S. military used Agent Orange and other defoliants as part of its chemical warfare programme ‘Operation Ranch Hand’. Dow Chemical and Monsanto were the two largest producers of Agent Orange for the U.S. military, along with dozens of other companies including Diamond Shamrock, Uniroyal, Thompson Chemicals and Hercules.

In 1961 and 1971, the U.S. government and the Republic of Vietnam (South Vietnam) used the ‘Rainbow herbicides’ (Agents Orange, Pink, Green, Purple, White and Blue) to defoliate forests and mangroves in order to clear perimeters for military use and destroy crops to starve their enemy (North Vietnam and National Liberation Front). The most sprayed of these herbicides was Agent Orange. It was used from 1965 to 1970 and scientists estimated that about 45,677,937 litres (12,066,834 gallons) were spread during this period.

In total, the ‘Rainbow herbicides’ represented approximately 72 million litres (19 million gallons). Up to 2 million hectares of land and forests were destroyed as a result of herbicide spraying during the war, and Cambodia and Laos were also affected.

What is Agent Orange?

TCDD was a trace (typically 2-3 ppm, but ranging from 50 ppb to 50 ppm), but significant contaminant of Agent Orange. TCDD is the most toxic of the dioxins, and is classified as a human carcinogen by the US Environmental Protection Agency.

Dioxins are “one of the most toxic compounds known to humans,” according to the United Nations.