American scientists recently found that RT and Sputnik outscored competitors from the US on the number of articles they publish on GMOs. The researchers expressed fears that the activity of the Russian media could harm the American GMO industry, which intends to establish a dictatorship over the global food market. 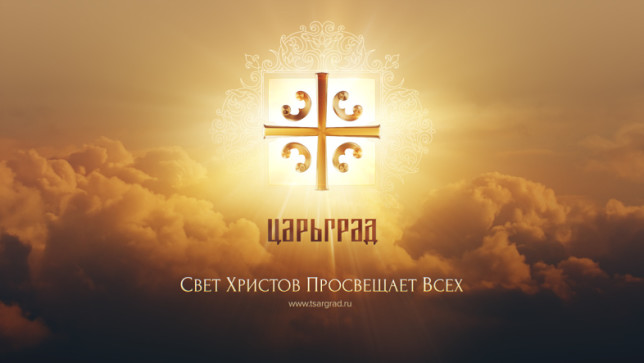 At the end of February, researchers from Iowa State University published the results of a study in which it was revealed that RT and Sputnik released more articles including the word “GMO” than the old-timers of the American media industry – Huffington Post, Fox News, CNN, Breitbart News and MSNBC – put together.

The study was conducted by Associate Professor of Sociology Shawn Dorius and Associate Professor of the Department of Agronomy Caroline Lawrence-Dill. The scientist’s laboratory, according to Sustainable Pulse, is partly funded by the National Association of Corn Producers (NCGA). NCGA is a lobbyist for genetically modified crops.

Iowa State University was shocked to learn that RT and Sputnik write a lot about GMOs. It could “have a clearly negative impact on the industry in the US and put Russia in a prime position,” Dorius complained. Sustainable Pulse Director, Henry Rowlands, points out that Iowa State University scientists did not ask why the US media does not cover the topic of GMOs. Although everywhere, including in America, consumer interest is growing, and there is a negative reaction to this artificial technology being used in food production.

These accusations against Russian journalists seeking to increase consumer interest in this malicious technology are taking place against a backdrop of two trends. Firstly, the anti-Russian campaign launched by the Democrats. After the victory of Donald Trump in the presidential elections, the Congress, the FBI and other departments are looking for evidence of “Russian intervention” at every level.

Secondly, which perhaps is less publicized, but has more dangerous consequences – is the U.S. attempt to establish a GMO dictatorship in the world, which Russia is opposed to.

Let’s start with the second point. On February 8, Bayer filed a lawsuit against the Federal Antimonopoly Service of Russia (FAS), which is preventing the German company from merging with the largest producer of seeds and pesticides in the world – the American company Monsanto. An agreement of $ 66 billion for the merger of the two TNCs was adopted as early as 2016. As the head of the FAS Igor Artemyev said, his department requires Bayer to transfer a “significant” part of their non-GMO technology to the Russian agro-industry. The risks are great. In the event of a merger, the world’s largest company for the production of herbicides and seeds, including genetically modified ones, will be created, which will not leave any space for domestic agriculture.

As for public opinion in Russia, according to a poll by the All-Russian Public Opinion Research Center, 82% of Russians consider GMO products to be hazardous to health.

Speaking about the global strategy of the United States, some people mention the military, the expanding NATO bloc. Others – about finances, the Fed that flooded the world with dollars. Still others point to international organizations, the WTO, the IMF and the World Bank – agents of the economic expansion of the United States. But there is another global project, the impact of which we feel at least three times a day.

The U.S. accounts for 95% of the world’s GMO seed turnover. An analysis of the correspondence of American diplomats proves that the liberalization of the world market for transgenic (GMO) goods is one of the priorities of America’s foreign policy. At the forefront of this food campaign are the State Department, the Agency for International Development (USAID), diplomatic missions and the U.S. Agriculture Ministry. To realize its strategy, American corporations buy shares in traditional agricultural holdings in order to reorient them towards GMOs.

In parallel, research is being funded to prove the “safety” and usefulness of new technologies. Biotechnological giants impede independent research. At the legislative level, the market is being liberalized. In 2013, Barack Obama signed the law H.R.933, known as the Monsanto Protection Act. This act actually gave the corporation immunity to any lawsuits against GMOs.

And now the defenders of GMOs ‘unexpectedly’ discover that Russia through media and laws is hindering the implementation of their plans.

“The U.S. government and GMO industry is now worried that Russia and some countries in the European Union, who are supporters of the precautionary principle, will benefit hugely from the growing demand from consumers globally for certified non-gmo and pesticide-free food. Russia is amongst 38 countries (including 20 in the European Union) which have banned the growing of genetically modified crops, which are mainly produced by multinational U.S. based companies such as Monsanto and are heavily supported by the U.S. government.” said Henry Rowlands in an interview with Tsargrad.

Through their actions, the Iowa scientists are trying to stop the negative public opinion on GMOs that emerged in 2015, when the International Agency for Research on Cancer (IARC) concluded that the use of the herbicide glyphosate can probably contribute to the development of cancer in humans. 80% of GMO crops cultivated in the world are resistant to this agrochemical, which is also used in traditional agriculture and is the most commonly used herbicide. Among other risks of using GMO crops for human health, we can note infertility, obesity and allergic reactions. The biodiversity of the planet is under threat. Near the fields where transgenic crops were sown, it is difficult to grow traditional ones. GMO crops disrupt ecosystems and pollute the soil with toxic chemicals. If Russia follows the example of some EU countries and gradually abandons glyphosate-based herbicides, “this will cause huge damage to the American GMO industry,” Rowlands said.

Rowlands believes that the anti-Russian trend formed in American politics is a convenient tool in the hands of “GMO supporters”.

“For the American GMO industry and for the U.S. government, this is an excellent opportunity to tie a movement that they do not like (referring to the movement against GMOs), to a foreign government that challenges them on many fronts (i.e., Russia),” Rowlands stated.

Commenting on the research of the Iowa State University, the RT press service said that the Russian TV channel does not campaign against biotechnology companies; “RT does not conduct any campaign against GMO products. We regularly cover this topic, as it worries our international audience. Following the motto of Question More, we tell viewers what the mainstream media does not say. This is what the results of the study by the American scientists confirms.”