Iowa State University (ISU) researchers have attempted to use the current anti-Russian sentiment in the U.S. to attack the Russian media over their coverage of GMOs, in research released this week. 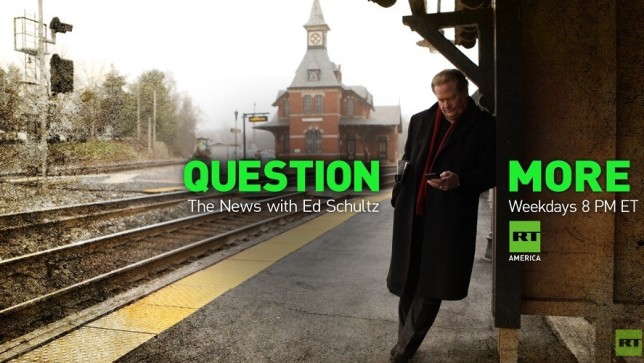 The research was carried out by ISU assistant sociology professor, Shawn Dorius, and associate professor in ISU’s departments of agronomy and genetics, development and cell biology, Carolyn Lawrence-Dill, whose laboratory is partly funded by the pro-GMO U.S. National Corn Growers Association (NCGA).

Turning the U.S. or world against GMOs “would have a clear negative effect on an industry in the U.S. and could advantage Russia,” Dorius told the Des Moines Register.

Iowa State University researchers sadly have a long history of receiving massive funding from the GMO industry and its supporters, as revealed by Food and Water Watch.

Sustainable Pulse Director Henry Rowlands stated Wednesday; “The ISU researchers failed to ask the question as to why the U.S. media does not cover the GMO issue regularly, despite a growing consumer interest in and backlash against the technology. It may seem unusual to some but on this topic the Russian media has more freedom than the U.S. media.”

Why was this research published now?

The ISU research seems to have been carefully timed to coincide with Russia’s antitrust regulator’s review of the $ 64 Billion Monsanto-Bayer mega-merger, which is reported to not be going well for the two companies.

Earlier in February Reuters reported that Bayer had taken Russia’s antitrust regulator to court over the watchdog’s investigation into Bayer-Monsanto merger.

A Bayer spokesman said the German company was petitioning the court in Russia to be given more time to discuss demands made by the regulator about the deal, which would create the world’s largest seeds and pesticides company.

Russia’s Federal Anti-Monopoly Service (FAS), has yet to issue a ruling on the takeover, but they will almost certainly not allow the merger to go ahead in the form Bayer and Monsanto would like, which would strike a huge blow to both companies as Bayer is a growing force in Russia.

In November the FAS conditionally approved the merger but stated that they will require the companies to share certain agricultural technologies and data with others to ward off competition concerns.

In 2016 Russia’s State Duma introduced a total ban on the cultivation and breeding in Russia of genetically modified (GM) plants and animals, except for scientific research purposes. However, this is not an anti-GMO stance, it is a stance that adheres to the precautionary principle and is in line with over 30 other countries around the world.

The Russian Government managed to stand strong in the face of increasing pressure from U.S. biotech companies and they also managed to see through the Russian pro-GMO forces’ misleading claims and pseudoscience.

Rowlands concluded; “If you see anything wrong in the pro-consumer and pro-health position of the Russian Government on GMOs you may be one of those who has fallen in to the trap of thinking everything Russia does is anti-American.”