Following the Russian State Duma’s approval of the first reading of a bill to ban the cultivation of genetically modified crops (GM crops) in 2015, there has been a push by pro-GMO forces to stop the ban. But who is supporting the pro-GMO forces in Russia? 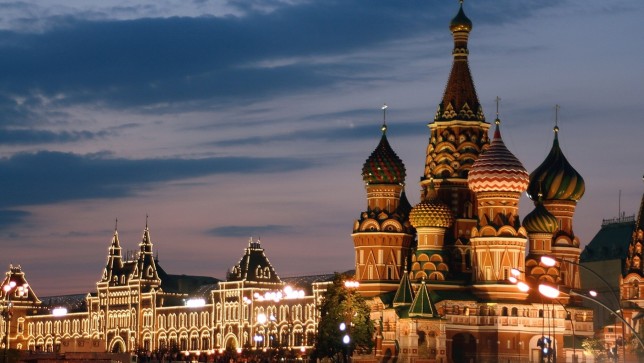 The second reading of the bill to ban GM crops has now been tentatively scheduled for March 2016. Alexander Zhukov, the first vice-speaker of the Russian State Duma, announced on January 19.

On the same day as the tentative announcement was made for the second reading of the bill, TASS news agency published an article, which was picked up by many Russian news outlets,  titled “Russian scientists have refuted the findings of studies on the hazards of GMOs” about a scientific review by Russian and U.S. scientists from the Institute for Information Transmission Problems (IPPI RAS) and the University of Miami Miller in Critical reviews in biotechnology.

The review was published by Alexander Y. Panchin of IPPI RAS and Alexander Tuzhikov from University of Miami Miller and it was full of technical errors, poor scientific standards and biased data reporting, as can be seen in the response to the publication by a group of top scientists and other experts in Russia.

Alexander Y. Panchin’s close association with U.S. based scientists, as well as his immediate inaccurate attack on Prof. Gilles-Eric Seralini’s famous paper in 2012 on the toxicity of GM maize and Roundup, leaves many unanswered questions regarding his funding sources and also his relationship to the U.S. Biotech industry.

Panchin attacked Seralini on the basis of lack of statistical significance in the mortality rates and the number of tumors in rats, both of which arguments have been clearly dismissed here.

Maybe most worryingly of all is that following the push by these questionably funded pro-GMO supporters, on January 26 Russia’s President Vladimir Putin held a meeting with Dr. Vladimir Fortov, the head of the Russian Academy of Sciences, in which Fortov told Putin of the ‘benefits’ of GMOs.

According to Sustainable Pulse Director, Henry Rowlands; “There are likely to be two different pro-GMO forces at work in Russia. One is obviously U.S. biotech companies who have created good contacts in Russia over the past few years, despite the tensions between the two countries and the other is scientists who see the funding opportunities made available through biotechnology as too good to turn down.”

The Russian Government has stood strong in the face of increasing pressure from U.S. biotech companies and they are likely to continue doing so if they are fully aware of the Russian pro-GMO forces’ misleading claims and pseudoscience.

In December 2015, Russian President Vladimir Putin has told the Russian Parliament that Russia should become the world’s largest supplier of organic foods.

This strength shown by the Russian government was also shown just last week when they dealt a huge blow to U.S. farmers, after banning all imports of U.S. soybeans and corn due to microbial and GMO contamination.