A peer-reviewed article released Tuesday in the International Journal of Human Nutrition and Functional Medicine, conducted by the Institute for Responsible Technology, has revealed that the health of all of the participants improved after switching to a non-GMO diet or simply reducing the amount of GMO foods they ate. 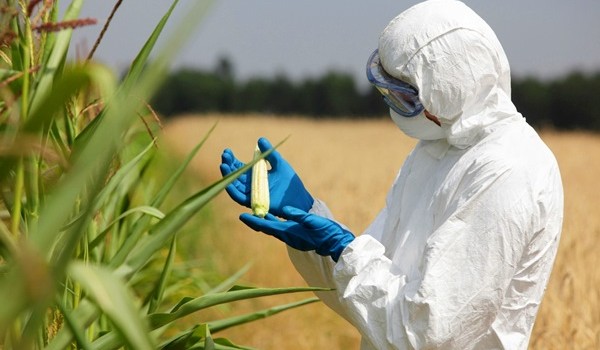 The results from over 3,250 people mostly in the United States closely matched reports by physicians around the nation who have seen similar results when their patients change to largely non-GMO and organic diets.

Participants reported improvements in 28 conditions; digestive problems was the most often cited at 85.2%. The vast majority of those said their conditions were significantly improved, nearly gone, or completely recovered. Other health problems that improved include:

“This confirms the reports from hundreds of healthcare practitioners and thousands of individuals,” said Jeffrey M. Smith, Executive Director at the Institute for Responsible Technology and author of the article. “When people from all walks of life eat less GMO foods, a significant percentage get better quickly.”

Most GMO crops have had genes from bacteria or viruses inserted into their DNA. Eleven genetically modified (GM) food crops are currently grown for commercial consumption. The six major GM crops are soy, corn, cotton, canola, sugar beets, and alfalfa, all of which are used as food for humans and animals. Cottonseed and canola are also processed into food-grade oils and sugar beets are refined to make sugar.

The article describes three in which GMOs may contribute to health problems:

1)    the process of genetic modification itself damages DNA, which can add allergens, toxins, and anti-nutrients to food
2)    most GM corn produces Bt toxin, an insecticide linked with allergies and gut damage
3)    all six major GMOs are engineered to be herbicide tolerant (HT)—to survive spray applications of weed killer. By far the most widely grown HT crops are produced by Monsanto to withstand treatments of Roundup. GMO foods, therefore contain high residues of Roundup’s active ingredient glyphosate, which is classified as a “probable human carcinogen” by the World Health Organization’s International Agency for Research on Cancer. Roundup is also linked to a myriad of other serious diseases.

Smith’s article pays special attention to how the side effects of GMOs could lead to digestive disorders. He reviews  more than two decades of studies and explores several potential causative pathways that may help explain why digestive problems and other related diseases have been rising in parallel with the increased acreage of GMOs in the US and the application of Roundup® on these crop acres.

There are a number of confounding factors that influence how the results can be interpreted.

First, GM foods don’t have to be labelled in the US. So people who wish to avoid eating them often choose to eat organic, since organic foods are not allowed to intentionally contain GMOs. However, organic production also bans many toxic pesticides that are routinely sprayed on GM and non-organic non-GM foods. So improvements in health seen on adopting a non-GMO diet may be due in part or in full to reducing or eliminating exposure to these pesticides, as Smith explains in his paper.

In addition, most GMOs are found in processed foods, in the form of derivatives of soy, corn, cottonseed, canola and sugar beets. Smith notes: “Many people choose to avoid GMOs by reducing consumption of processed foods. Therefore, health improvements may be related to the benefits of unprocessed foods.”

Another factor, as Smith writes, is that some healthcare practitioners who prescribe a non-GMO diet to patients also recommend eliminating gluten and/or dairy, which may contribute to the health improvements.

Smith acknowledges that without carefully controlled human clinical trials, it is not possible to assess to what extent the GMO component of the diet is causing health problems. However, he points out that results from some controlled animal feeding studies show health impacts of GM foods, many of them related to digestive function. These studies are summarised and referenced in his new paper.

As well, Smith writes, “Based on informal surveys and conversations… farmers and veterinarians describe improvements in livestock that are switched to non-GMO soy, corn, or both. In livestock, there are generally no other dietary changes and the reported improvements, e.g. gastrointestinal, immune, irritable or aggressive behaviour, fatigue level, skin health, etc. are similar or identical to those reported by individuals and their practitioners.”

Smith admits in his paper that this was a “self-selecting survey of a non-representative sample of the population”. He explains, “IRT is a leading advocacy group that educates people on the health dangers of GMOs. The results of this survey are therefore limited to a population that is already aware of GM crops and has been exposed to information about the negative health impacts. Some percentage of the respondents may be biased towards attributing health improvements to the elimination of GMOs based on expectations.”

However, he adds that this database also gave him rare access to a group of people who were ripe for a study of this type, since they “have become educated about GM food risks, eliminated them, and may have noticed a change as a result”.

Cynics might ascribe the positive changes reported to the placebo effect: People who are already suspicious of GMOs will naturally feel better if they eliminate them from their dinner plates.

But in view of the scientifically proven power of the placebo effect, what’s not to like about the non-GMO diet? After all, it appears to be remarkably efficient at harnessing this phenomenon, with the end result that people feel better.

So whichever way you look at it, switching to a non-GMO diet seems to be good for people.