Weedkillers containing both the controversial glyphosate and POE-tallowamine can no longer be sold in Malta. 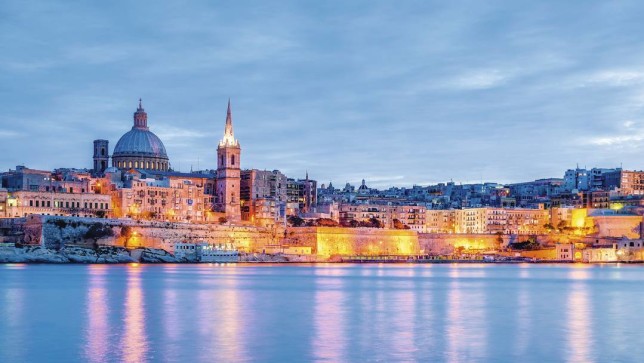 The ban comes days after the release of a study showing the glyphosate-based herbicide Roundup caused liver disease in rats. The findings are the first to show a causal link between its consumption at a real-world environmental dose and a serious condition.

UPDATE: Some reports that Malta is set to fully ban all glyphosate herbicides in April 2017 are not correct.

The dose, given to rats as part of the study over two years, was thousands of times below what is allowed by regulators worldwide, but the animals ultimately suffered from non-alcoholic fatty liver disease.

Regulators worldwide accept toxicity studies in rats as indicators of human health risks, so the study results could have serious consequences for human health. Last summer, the Environment Ministry said the government had begun the process to ban the chemical, a “probable human carcinogen” according to the World Health Organisation’s cancer agency.

Asked yesterday, whether the banning of the use of glyphosate has been implemented, a Malta Competition and Consumer Affairs Authority spokeswoman said  yesterday that Malta had revoked “with immediate effect products which contain the active substance glyphosate and which include the co-formulant POE-tallowamine”.

They later clarified that the ban only concerns products which contained both glyphosate and the co-formulant POE-tallowamine.

This latest development follows the publication of a peer-reviewed study led by Michael Antoniou of King’s College, London.

For him, the findings are “very worrying” and the results suggest that regulators should reconsider the safety evaluation of glypho-sate-based herbicides.

Dr Antoniou told this newspaper that the study had chosen a particular commercial brand because it was the most widely used, however the study could be generally applied to other glyphosate-based herbicides.

Asked whether people who had already been exposed to the chemical were at risk of developing liver disease, he said the study did not go into its progression. This meant that the researchers did not yet know whether previous exposure to the chemical had already caused damage.

The rats were exposed to the chemical by diluting the weedkiller in their drinking water. Dr Antoniou said this was done at an extremely low dose. In terms of how this compared to daily human exposure, this varied from region to region, but it was about 1,000 times below typical European exposure, he pointed out.

Dr Antoniou also noted that lab rats had, for decades, been used as a surrogate for the human health evaluation of chemicals.

Marketed chemicals are first tested in rat-feeding studies, and if toxicity is found in the animals, the chemical is not released for commercialisation.

The researchers’ results in the rats did have a direct bearing on human health, given the history of use of the rats as a model for human safety evaluation, Dr Antoniou explained.

For the Brussels-based Health and Environment Alliance (HEAL), the weedkiller should not be used on precautionary grounds.

It has repeatedly called for an end to the licensing of glyphosate, which is already classified as a probable carcinogen.

“This new study adds to evidence about the likely harm to human health from Roundup and other glyphosate-based herbicides. Given people’s unavoidable exposures from the massive increase in the use of these weedkillers over the past 30 years, surely it is time to ban it on precautionary grounds,” said its executive director, Génon Jensen.