Bermuda’s Environment Minister Cole Simons is not prepared to lift the ban on weedkillers containing glyphosate “at this point in time”, he stated Thursday. 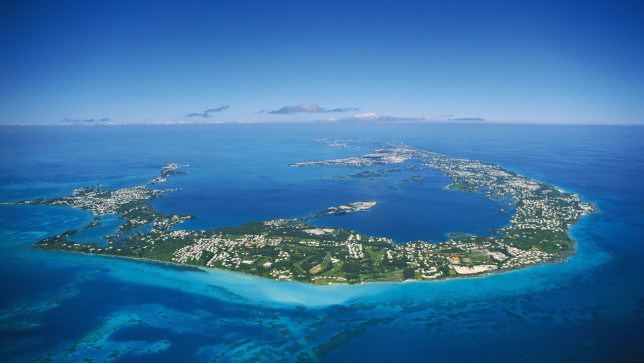 The announcement, made at a stakeholder consultation meeting on Thursday on the Glyphosate Monitoring Study Draft Report, was applauded by the public and welcomed by Greenrock.

The environmental watchdog and farmer Tom Wadson spoke out this week in support of the ban after the Government report, written by environmental engineer Geoff Smith, who was tasked to look into the risks of the weed control glyphosate from road spraying, found that there were no significant adverse health effects detected from the chemical’s use and recommended that the ban be lifted.

“As far as the minister is concerned, a decision has not been made and it will not be made until I am comfortable that our environment is safe, our people are safe and that we can effectively manage our environment and do minimal damage to it,” Mr Simons said.

Adding that the report was not finished and that he would need more convincing, he said: “I am at this point in time not prepared to lift the ban”.

He added: “I think our team can come up with other options that we can examine and bring back to you for your comment.”

Mr Simons also stressed that the comments raised by the stakeholders had been heard and would be included in the final report.

At the meeting at Wesley Methodist Church hall, which was attended by about 100 people, Dr Smith spoke in detail about the report, why and how it was conducted, as well as its findings and recommendations.

His presentation followed a brief introduction on the need for weed control in Bermuda by Drew Pettit, the director of the Department of Environment and Natural Resources. While it was stressed that the report is a draft study, members of the public who spoke overwhelmingly urged Government to adopt a precautionary principle.

And although one man who spoke out in support of the herbicide told the crowd he had been using glyphosate products since they came out, others questioned the wider implications of the chemical on the island’s bee and bird populations, as well as how the study was carried out. And Jonathan Starling, executive director of Greenrock, questioned why it had not been broader. Speaking after the meeting, he said that while “we certainly welcome the minister’s decision not to make a decision at the moment”, the group would remain vigilant.

He also reiterated the need for a wider study on the environmental implications, specifically considering bees. Mr Starling added that he would be sending in additional questions regarding the report, and urged all Greenrock members and supporters “to write to their MPs, write to the minister and ask him not to lift the ban on glyphosate”.