Categorized as
19313
Tagged as
BrazilconsumptionGMOinformationlabelsproductsUS
Related

The Brazilian Ministry of Justice has imposed fines on Nestle and five other food manufacturers after failing to inform the public over the use of GMOs. 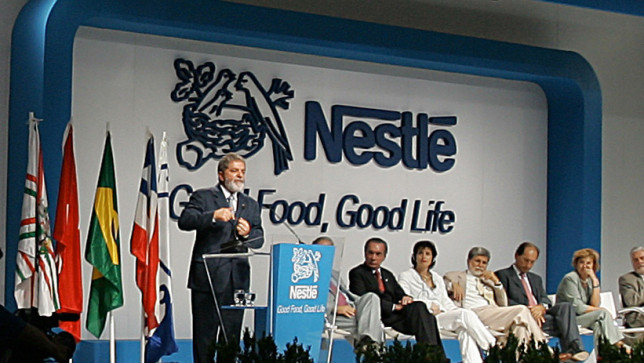 The Brazilian Ministry of Justice has issued fines against six food manufacturers for failing to include labels indicating the use of Genetically Modified Organisms (GMO).

The list of companies charged with financial penalties includes Nestle, Pepsico and Bimbo, with fines ranging from US$277,400 to just over US$1 million. In total, the fines amount to an estimated US$3 million.

The decision was reached as a result of an inspection carried out by Brazil’s Consumer Protection Agency Senacon in 2010, which found that GMOs had been used in cake mixes, snacks and various other products being sold in the country’s supermarkets.

Senacon accuse the companies of violating Brazilian consumer rights including the right to information, freedom of choice and the right for protection against abusive corporate practices.

“The decision confirms the Ministry of Justice’s commitment to require all products that use genetically modified ingredients to include this information on their labels,” Ana Paula stated Thursday.

The sale of GMOs in Brazil were originally banned after the Institute of Consumer Defense won a lawsuit in 1998. However, in 2003 the Brazilian Ministry of Justice adopted measures that enabled the retail and use of GMO products, although a warning symbol is required for products intended for human consumption.