Categorized as
12437
Tagged as
FDAGMOinformationlegislationproductssupporttime
Related 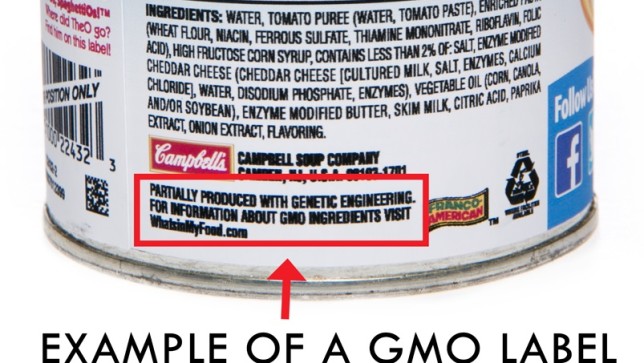 Campbell believes it is necessary for the federal government to provide a national standard for labeling requirements to better inform consumers about this issue. The company will advocate for federal legislation that would require all foods and beverages regulated by the Food and Drug Administration (FDA) and the U.S. Department of Agriculture (USDA) to be clearly and simply labeled for GMOs. Campbell is also supportive of a national standard for non-GMO claims made on food packaging.

As a result of its decision to support mandatory national GMO labeling, Campbell will withdraw from all efforts led by coalitions and groups opposing such measures.

The company continues to oppose a patchwork of state-by-state labeling laws, which it believes are incomplete, impractical and create unnecessary confusion for consumers.

Campbell is optimistic a federal solution can be established in a reasonable amount of time if all the interested stakeholders cooperate. However, if that is not the case, Campbell is prepared to label all of its U.S. products for the presence of ingredients that were derived from GMOs, not just those required by pending legislation in Vermont. The company would seek guidance from the FDA and approval by USDA.

Campbell continues to recognize that GMOs are safe, as the science indicates that foods derived from crops grown using genetically modified seeds are not nutritionally different from other foods. The company also believes technology will play a crucial role in feeding the world.

Campbell has been engaged in the conversation about GMO labeling for several years and has taken action to provide consumers with more information about how its products are made, including the presence of GMOs, through efforts like its website www.whatsinmyfood.com. With 92 percent of Americans supporting the labeling of GMO foods, Campbell believes now is the time for the federal government to act quickly to implement a federal solution.

More information about the rationale behind Campbell’s decision can be found on Campbell’s newsroom.