Categorized as
44868
Tagged as
cornELISAglyphosateLOQproductsrangeUSDA
Related

Researchers from Abraxis LLC and Boston University have further confirmed that the world’s most used herbicide – glyphosate – is widespread in food products around the globe. The researchers tested honey, pancake and corn syrup, soy sauce, soy milk and tofu purchased in the Philadelphia, US metropolitan area. 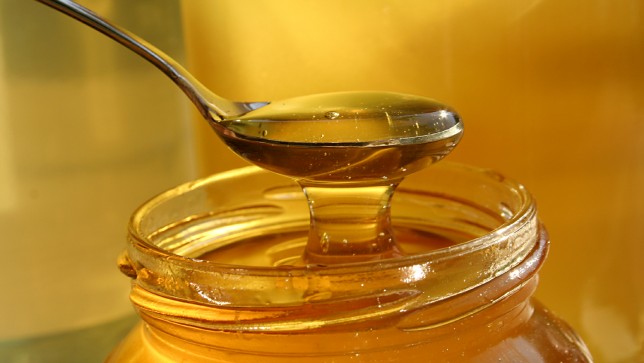 The minimum limit of quantification (LOQ) of the method were determined for honey, pancake syrup, and corn syrup to be 15 ppb; soy sauce, soy milk, and tofu 75 ppb. This means that even if the results were negative for some products they could have also contained glyphosate at levels under the minimum limit.

Glyphosate residues above the minimum limit of quantification were not found in pancake and corn syrup, soy milk, and tofu.

However, the most shocking results were found in honey:

Of the sixty-nine honey samples analyzed, forty-one samples, or fifty-nine percent (59%), had glyphosate concentrations above the method LOQ (15 ppb), with a concentration range between 17 and 163 ppb and a mean of 64 ppb.

Even more surprisingly five of the eleven organic honey samples, or forty-five percent (45%), contained glyphosate concentrations above the method LOQ, with a range of 26 to 93 ppb and a mean of 50 ppb.

Of the fifty-eight non-organic honey samples, thirty-six samples, or sixty-two percent (62%), contained glyphosate concentrations above the method LOQ, with a range of 17 to 163 ppb and a mean of 66 ppb.

“This sad news shows just how widespread glyphosate is in our food. With the increase in GM crops being cultivated worldwide it is becoming increasingly difficult to avoid. If you ask anyone if they feel there should be ‘allowed’ levels of toxic chemicals such as glyphosate in their bodies the answer will of course always be ‘No’. It is a fact that the scientific and regulatory process cannot evidence ‘safe’ levels for these chemicals.”

In addition to comparison of production method (organic vs. conventional), the honey results were evaluated according to pollen source and by country of origin, grouped by GMO usage (prohibited, limited, or permitted). The results showed that honey from countries that permit GM crops contained far more glyphosate than honey from countries which limit or prohibit the cultivation of GM crops, with the levels in the U.S. by far the highest.

Glyphosate has also been found in American women’s breast milk and Kellogg’s Froot Loops in recent tests. All of this research raises red flags that the FDA have ignored.

Despite testing for hundreds of pesticides in food commodities, the USDA does not test for glyphosate residues. Why would the USDA not test for residues of the most widely used herbicide in the world?

29 Comments so far. Feel free to join this conversation.