The world’s largest and most comprehensive study on GMO and pesticide safety – ‘Factor GMO’ – which held its public launch in November 2014 in London, announced on Wednesday that the Founder President of the international private Swiss Merchant Banking Advisory firm Najadi & Partners AG, Mr. Pascal Najadi, is its first official Public Board member and donor. 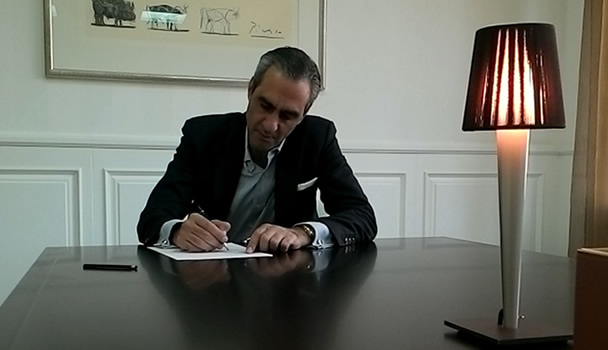 The ‘Factor GMO’ international Public Board is being created to support the study by working with the media and the general public to discuss the need for precautionary science related to GMOs and pesticides, to protect public health worldwide.

The ‘Factor GMO’ Public Board will include members with different points of views regarding GMO safety, however all members will agree on the need for precautionary science.

Elena Sharoykina, Initiator of the Factor GMO project, director and co-founder of Russian non-government organization National Association for Genetic Safety (NAGS), said; “We are glad to announce the launch of the ‘Factor GMO’ Public Board and we look forward to its development. Trying to find out the ‘scientific truth’ through independent scientific experiments will enable society to reach a consensus on GMOs and pesticides. ‘Factor GMO’ has taken a different public approach to the usually secretive science surrounding GMOs and pesticides. This neutral upfront stance has been taken so as to provide the public, farmers and governments worldwide with clear and trustworthy answers on GMO and pesticide safety.”

Pascal Najadi, the first official Factor GMO Public Board member stated; “It is a great honor for me to join the ‘Factor GMO’ Public Board and to support its endeavors to conduct the world’s largest independent GMO and pesticide study and to release the results publicly across the world. I personally believe that GMO foods could pose a serious threat to humanity if they are not studied carefully. We need to establish the facts on the level of potential danger. ‘Factor GMO’ being independent and truly global will offer concrete tangible results to make those assessments via a due diligence process in the comprehensive study that is soon to start. We are now establishing a powerful international Public Board that will enable to create more and more momentum for the ‘Factor GMO’ project.”

The ‘Factor GMO’ study will investigate the health effects of a genetically modified (GMO) crop (a variety of GM Maize) that has been in our food and animal feed supplies for many years. It will answer the question: Is this GMO food and associated pesticide safe for human health?

‘Factor GMO’ will be the largest and most detailed long-term experiment ever conducted on a GM food and its associated pesticide. It will add invaluable data of unprecedented power to enable regulators, governments and the general public of every country to answer the question: Is the GM food and associated pesticide really safe at real world levels of consumption/exposure?

The study will also establish a new, higher standard for the rigorous testing of the safety of GM foods and their associated pesticides that will be applicable world-wide.

To find out full details regarding the Factor GMO study please visit our website: www.factorgmo.com