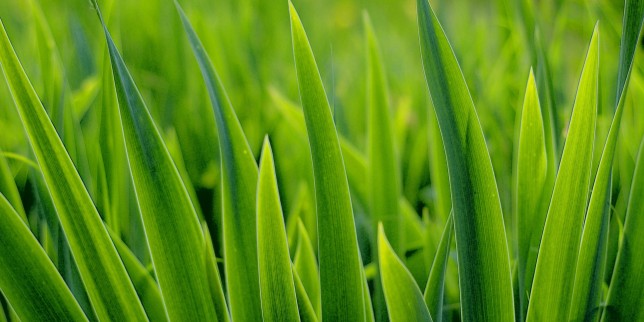 The article notes that Scotts Company is going forward with plans to commercialize GMO Kentucky bluegrass. Mentioned in passing was that this grass, engineered for resistance to the herbicide glyphosate (AKA Roundup), is not regulated by USDA, and that company employees will begin planting the grass at their homes.

Source:  A Hole in the Regulation of GMOs that Kudzu Could Fit Through

What was that? Historically, unapproved GMO crops have been grown only in controlled plots, regulated and monitored by USDA (leave aside that these are not adequately regulated either). So why are Scotts employees allowed to grow this grass in an uncontrolled environment?

We have to go back to two little-noted decisions by USDA in July of 2011 to understand this. First, in response to a petition from the Center for Food Safety to regulate the GMO bluegrass as a noxious weed under the Plant Protection Act of 2000 (PPA), the USDA decided that, despite fitting the agency’s criteria of a noxious weed, it would deny the petition.

These two decisions mean that the GMO bluegrass will not be regulated by USDA, and hence can be grown freely, even though it has not gone through the typical regulatory process. This has implications far beyond the specific case of GMO bluegrass.

In the earlier days of genetic engineering, the large majority of engineered crops contained genes or parts of genes from plant pests (such as from plant viruses), or used a modified bacterial pathogen (called Agrobacterium) to introduce the genes into plants.

But in most cases, it is now easy to avoid these constraints, as Scotts did. The use of pest genes as a reason to regulate GMOs was always unsupportable scientifically. Many genes from pathogens are no more (or less) harmful than genes from non-pathogens. But because our GMO regulations are based on inadequate laws already in existence in the 1980s, the agencies were left trying to fit a regulatory square peg into a statutory round hole, and came up with the pest-gene ruse.

The result of the two 2011 decisions is to eviscerate the already weak environmental regulation of GMOs.

Despite new language and legal authority in the PPA, USDA has narrowly interpreted its mandate in its assessment of GMO bluegrass. In its bluegrass decision, it used an earlier standard for noxious weeds, which set an extremely high bar. Not even the notorious kudzu is listed as a federal noxious weed.

In fact, only the absolutely most destructive and damaging weeds rate as noxious under the old standard. Here are a few examples:

According to USDA, only the worst of the worst weeds justify noxious weed status:

“….weeds are invasive, often non‐native, plants which impact natural and managed ecosystems, often with significant negative consequences due to lost yields, changes in management practices, altered herbicide use, etc. Only a fraction of these problematic weeds are considered to be so invasive, so harmful, and so difficult to control that Federal regulatory intervention to prevent their introduction or dissemination is justified, and these are the focus of the regulatory controls placed on them by APHIS.”

This is an abdication of the agency’s responsibility to protect the public. Part of the reluctance to include weeds on the noxious weeds list is the high cost of obligatory control of already disseminated weeds. But preventing the initial introduction of a possible weedy GMO would often be far less expensive than the cost of ongoing damage after introduction and spread. Many weeds that are not considered noxious cause many millions of dollars of harm per year in the cost of herbicides, crop loss, or other environmental damage. They are already part of the environment, but yet-to-be-approved GMOs are not.

In addition, the newer PPA version of the noxious weed law includes consideration of economic harm to farmers or the public. But USDA has not written regulations for PPA, so this authority remains unused.

Even with these caveats, the USDA analysis concluded that GMO (and non-GMO) Kentucky bluegrass fulfilled the criteria of a noxious weed, scoring 24 on a 32 point scale. Despite this, USDA decided not to adopt this assessment because, according to the agency, they did not find enough evidence of previous harm from non-GMO bluegrass, even after acknowledging reports of invasiveness in prairie ecosystems. As pointed out by the Nature Conservancy, bluegrass is a pervasive and serious invasive plant in prairies.

On the other hand, Agriculture Secretary Vilsack noted in his letter to Scotts that contamination of non-GMO pastures may cause economic problems, and exhorted the company to work to prevent them. No mention was provided in the Dispatch article as to whether the company had made any such arrangements. How would organic markets respond to cows grazing on GMO bluegrass that has invaded pastures?

In any case, it is highly unlikely that spread of the GMO bluegrass could be prevented. An Ohio State University scientist noted in the Dispatch article that heavier pollen from bluegrass is not as likely to spread as lighter bentgrass pollen, which escaped from anOregon field trial at distances in excess of 20 kilometers. But spread it will, even if at a somewhat slower rate than bentgrass. A report 10 years ago from the National Research Council noted that gene spread from commercialized GMOs is virtually inevitable.

Whether GMO bluegrass is commercialized or not, its exclusion from GMO regulation points to dysfunction at USDA. It seems that the only reason for the noxious weed assessment of GMO bluegrass was the petition from Center for Food Safety, because it is not done for other GMOs.

And the ridiculously high noxious weed standard used by USDA means that even very harmful GMOs or weeds resulting from GMO use—such as the glyphosate resistant weeds now plaguing the country—would not be regulated as noxious weeds even if the agency began assessing the noxious weed status of GMOs.

As noted in my last post, USDA has not written regulations for noxious weed standards for GMOs under the PPA. And it will be relatively easy for others to evade regulation by USDA by avoiding the plant pest trigger, unless reasonable and protective noxious weed regulations are written. Add to that the lack of mandatory food safety regulation by FDA, with tests largely determined by the regulated industry, with no long-term testing requirements, and it is clear that the US regulation of GMOs is inadequate and in urgent need of overhaul.

About the author: Doug Gurian-Sherman is a widely-cited expert on biotechnology and sustainable agriculture. He holds a Ph.D. in plant pathology. See Doug’s full bio.

18 Comments so far. Feel free to join this conversation.