Categorized as
38217
Tagged as
FCTFoodGMmaizeMonsantoSeraliniStudy
Related

The journal Food and Chemical Toxicology (FCT) wants to withdraw the article by Professor Seralini on rats fed GM maize NK603, which was published in September 2012. The researcher counters: why not retract the article by Monsanto in 2004 on the same subject? 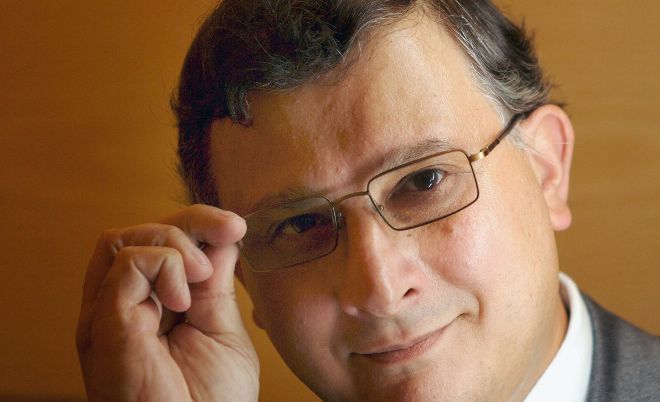 The Associate Editor of the FCT is now Richard E. Goodman, a former Monsanto scientist and an affiliate of the GMO industry-funded group, the International Life Sciences Institute.

ARM WRESTLING. He has mustered his scientific and political supporters … A symbol. Surrounded notably by Paul Deheuvels, statistician of the Academy of Sciences and Corinne Lepage, Member of the European Parliament on November 28, at a press conference in Brussels, Professor Gilles Eric Séralini of the University Caen will defend his sensational article on GMOs, released last year, which is now threatened with retraction.

Seralini asked to retract his article on a GMO maize. He refuses
Rachel Mulot
Le Nouvel Observateur (Science and the Future), 28 Nov 2013
GMWatch translation from French original at bit.ly/1jNbePu

He suggested that rats fed over a lifetime with GM maize NK603, tolerant to the herbicide Roundup and manufactured by the US company Monsanto, developed more tumors and diseases… The media coverage of the paper in September 2012 had caused turmoil amongst the public and politicians, a debate in the scientific community and a critical questioning of the safety evaluation procedures for genetically modified plants currently in force.

No fraud or manipulation of data

Some days ago, the editor of the journal Food and Chemical Toxicology (Elsevier Group) which originally published the article, requested Professor Seralini to kindly retract it, that is to say to withdraw it himself.

The reason? “The results are inconclusive and therefore do not reach the threshold needed for publication” and “there is a legitimate reason for concern about both the number of animals tested in each group and the particular strain of rat selected,” he explains in a letter to the researcher at the University of Caen which Science and the Future has seen.

“MERIT”. The editor of FCT admits that “the problem of the low number of animals had been identified during the initial peer-review process” but it was finally decided to publish it because the work “still had merit despite its limitations”. It seems that the editorial policy of the magazine has changed (see here).

Praising the “goodwill and openness” of Gilles Eric Séralini, who provided the raw data to meet the criticisms raised by the article, the editor emphasises that finally, after having carefully and extensively studied it, the reviewers have detected “no fraud or manipulation of data”.

Refusal to comply and counter-attack

Professor Seralini now refuses to retract his article. He has argued for months that the offending strain of rat (the Sprague-Dawley) is used routinely in the United States – including sometimes by Monsanto to study the carcinogenicity and chronic toxicity of chemicals. He recalls that he has conducted a groundbreaking study on rats fed over a lifetime with this GM maize and even if he only used ten rats per group, he has nevertheless performed many more measurements on these animals.

“The disruption of sex hormones and other parameters are sufficient in this case to indicate a serious effect after a year,” he protested, demanding that we take into account “the timing and number of tumors per animal”.

DOUBLE STANDARD? There are many signs that should be considered in a real study of risk, he said. In addition, the researcher points to a paper by Monsanto, published in 2004 in the same journal FCT and never retracted, finding NK603 maize safe after measuring its effects on ten Sprague-Dawley rats for three months only, and asks: is there a double standard in force for assessment?

“Only studies pointing to adverse effects of GMOs are rigorously scrutinized on their experimental and statistical methods,” he said, “while those who say GMOs are safe are taken at face value.”

Latest bombshell: the biologist is preparing to challenge the way statistical analyses are performed on tested rats because they are distorted by historical data. According to a study that he aims to carry out with his team, all experimental animals have always been exposed in their cages and via their food to pollutants (pesticides, mercury, cadmium, endocrine disrupting chemicals) and possibly GMOs … so that it was impossible to distinguish spontaneous, natural, tumors from tumours induced by these substances, regardless of the number of rats tested …

Fan the flames: To conduct tests on large cohorts of 50 rats per group, for example, would therefore be pointless. In short, the ultimate defence [of Seralini’s 2012 GM maize study] is to cast doubt on the relevance of the studies done so far. This statement – which would need to be seriously supported – will undoubtedly cause a wave of protest. The editors of the journal Food and Chemical Toxicology were perhaps hoping to extinguish the controversy, but instead they may have fanned the flames.