Farm Protests in India Are Writing the Green Revolution’s Obituary

There have been dramatic changes in the transgenic composition of GE corn and soybeans over the last five years, coupled with a substantial increase in reliance on pesticides and Bt toxins. 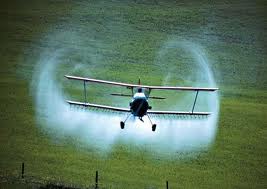 The move to stacked varieties expressing multiple traits, coupled with the above changes in the intensity of chemical use required to bring GE crops to harvest, raises new questions about new routes of exposure and about cumulative levels of exposure to GE proteins, potential allergens and pesticides, especially via drinking water, certain foods made from corn or soybeans, and, for infants, breast milk, cow’s milk, soymilk, and formula. It also raises new testing challenges arising from the likely presence of multiple transgenes, DNA fragments, promoters, regulatory sequences and chemicals from pesticides (active ingredients, metabolites, surfactants, adjuvants, etc).

These changes pose serious risk assessment challenges that are, for the most part, being ignored by the industry and regulatory authorities. New information is essential to convince regulators that they must invest substantially more public resources in the independent testing of GE crop safety. The two core goals for a new testing initiative should be to (a) resolve lingering uncertainty over the safety of the GE traits currently on the market, and (b) develop advanced testing methods and protocols for application in the testing of future GE food traits.

At a minimum, the following steps should be taken to explore key questions about today’s GE crops:

2. Development of methods to accurately quantify GE protein exposure levels in tissues and organs of concern in evaluating human health risks. The research would also be designed to track the breakdown products formed as GE proteins move through the digestive system. Methods would be developed to identify the form of novel proteins or other phytochemicals from GE foods, as well as the quantities passing from the GI tract into the bloodstream, from the blood to the kidneys and liver, and in the case of pregnant women, across the blood-brain barrier.

3. Methods must be developed to assess the impacts on fetal development following pre-natal exposure to GE proteins via maternal blood flows. Focus should be on epigenetic patterns of gene expression and the frequency of auto-immune diseases including food allergies, asthma and behavioral problems.

4. In light of novel combinations of exposures, including combinations of glyphosate, AMPA, a nicotinyl insecticide and Bt proteins, short-term cell assays should be used to test for toxic potential of each of these singly and in various combinations. The results can be used to target subsequent, long-term testing.

5. An appropriate, government agency or international organization should fund long-term toxicology and cancer feeding studies in at least two species of laboratory animals on a cross-section of the major traits now in GE varieties. Trials should cover the most widely planted Bt endotoxins alone, the EPSPS gene conferring resistance to glyphosate alone and these two traits in combination. At the conclusion of a first round of testing, the research team should issue recommendations for the design and conduct of future cancer feeding trials applied to GE food traits and render judgments regarding the need for additional testing.