The last year has seen a number of new scientific studies showing the dangers to animals and the environment of GM Crops, in this latest stunning study from Brazil, Bt toxins are shown to be toxic to the blood of mice. 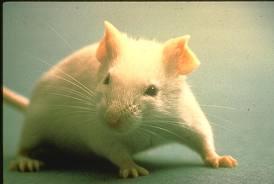 The study (abstract below) explores the toxicity of Bt proteins in mammals. It shows that the Bt toxins Cry1Aa, Cry1Ab, Cry1Ac or Cry2A have toxic effects in the blood of mice. The methodology is not clearly described but what is clear is that the presumed nontoxicity of Bt toxin to mammals, on which all regulatory approvals of Bt crops are based, is false.

In insects, Bt toxins exercise their toxic effects by breaking holes in the gut and rupturing the cells. In the mice in this experiment, Bt toxins caused red blood cells to rupture.

The study says, “It has been reported that Cry toxins exert their toxicity when activated at alkaline pH of the digestive tract of susceptible larvae, and, because the physiology of the mammalian digestive system does not allow their activation, and no known specific receptors in mammalian intestinal cells have been reported, the toxicity [of] these MCAs [microbial control agents] to mammals would negligible. However, our study demonstrated that Bt spore-crystals genetically modified to express individually Cry1Aa, Cry1Ab, Cry1Ac or Cry2A induced hematotoxicity, particularly to the erythroid lineage. This finding corroborates literature that demonstrated that alkali-solubilized Bt spore-crystals caused in vitro hemolysis in cell lines of rat, mouse, sheep, horse, and human erythrocytes and suggested that the plasma membrane of susceptible cells (erythrocytes, in this case) may be the primary target for these toxins [33]…

“In conclusion, results showed that the Bt spore-crystals genetically modified to express individually Cry1Aa, Cry1Ab, Cry1Ac or Cry2A can cause some hematological risks to vertebrates, increasing their toxic effects with long-term exposure. Taking into account the increased risk of human and animal exposures to significant levels of these toxins, especially through diet, our results suggest that further studies are required to clarify the mechanism involved in the hematotoxicity found in mice, and to establish the toxicological risks to non-target organisms, especially mammals, before concluding that these microbiological control agents are safe for mammals.”

The toxicity of Bt proteins in mammalian cells was also the subject of an in vitro (test-tube) study (Mesnage et al., 2012). In this study, Bt toxin Cry1Ac was found to be toxic to human cells.

Formulated and sporulated cultures of Bacillus thuringiensis (Bt) have been widely used against insect pests, but after the advent of genetically modified plants expressing δ-endotoxins, the bioavailability of Cry proteins has been increased. For biosafety reasons their adverse effects should be studied, mainly for non-target organisms. Thus, we evaluated, in Swiss albino mice, the hematotoxicity and genotoxicity of four Bt spore-crystals genetically modified to express individually Cry1Aa, Cry1Ab, Cry1Ac or Cry2A, administered alone by gavage with a single dose of 27 mg/ Kg, 136 mg/Kg or 270 mg/Kg, 24 h, 72 h or 7 days before euthanasia. Binary combinations of these four spore-crystal proteins were also assayed at 270 mg/Kg with a single administration 24 h before euthanasia. Control mice received filtered water or cyclophosphamide at 27 mg/kg. For hematotoxicity evaluations, blood samples were drawn by cardiac puncture and processed in a multiple automated hematology analyzer; for genotoxicity analyses, micronucleus test was carried out in mice bone marrow cells. Spore-crystal administrations provoked selective hematotoxicity for the 3 exposure times, particularly for erythroid lineage. A significant reduction in bone marrow cell proliferation demonstrated cytotoxic but not genotoxic effects. These effects persisted for all exposure times, becoming more evident at 7 days. Similar results were observed for binary combinations at 24 h, suggesting that further studies are required to clarify the mechanism involved in the hematotoxicity found in mice, and to establish the toxicological risks to non-target organisms, especially mammals, before concluding that these microbiological control agents are safe for mammals.