Following announcements in the UK from M&S, Sainsbury’s, Co-Op and Tesco that they will no longer require that the farm animals in their supply chains are fed a non GM diet, Peter Melchett, Policy Director of the Soil Association said; 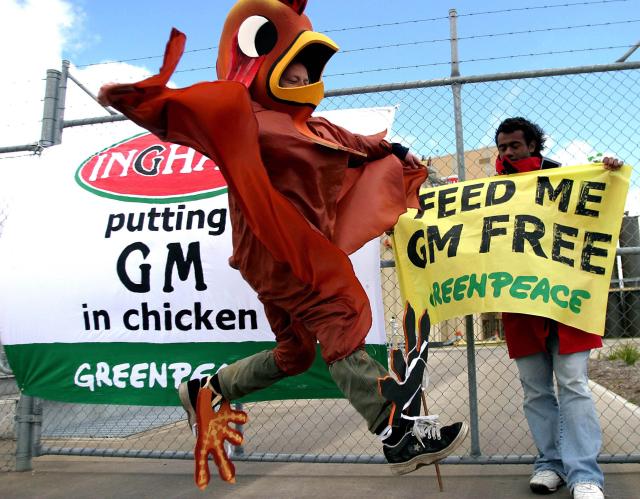 “Tesco and the Co-Op are misleading their customers by claiming that the GM feed will not be detectable in products like eggs, milk or chicken. This is not true. Several research studies have found that GM DNA in animal feed is taken up by the animal’s organs and can then be detected in the milk, meat and fish that people eat. This has been confirmed today by the Government’s Food Standards Agency.

M&S, Co-Op and Tesco are also misleading their customers by claiming that non-GM feed isn’t available. They are wrong. In Brazil alone, there is enough non-GM animal feed to supply the whole of Europe. The quantity of non-GM imported feed into Europe is going up year on year, because supermarkets in countries like France and Germany are avoiding GM feed because their customers don’t want it. The British public also don’t want it. A survey last week found that 70% of consumers don’t trust supermarkets when it comes to GM and a recent FSA survey found 67% of consumers wanted meat, eggs and dairy labelled if they come from animals fed on GM feed.

Currently in the UK, the only way to be completely sure you avoid eating chicken or eggs from chickens fed on GM animal feed is to shop at Waitrose, and to avoid all GM animal feed, buy organic wherever you can. Consumers in the rest of Europe are able to make more informed choices as supermarkets there accurately label food. The Soil Association is calling for honest and accurate labelling on all food from animals fed on GM feed in the UK”

GM Watch stated that “It’s important that these supermarkets get very clear feedback on their change of policy so please send a quick email to the UK supermarkets, telling them what you think. All it needs is a sentence or two, and your own woprds are best, but we give a guide below.”

It’s particularly important as well to congratulate Waitrose for standing firm on this issue.

Waitrose: [email protected]
Dear Waitrose, Just to say well done for maintaining your non GM fed poultry and eggs – an excellent decision. if you let me know about any other non GM fed ranges i will buy them too.

M&S: [email protected]and-spencer.com
Dear M&S, I am bitterly disappointed in your decision to drop your non GM fed ranges. I will not be buying GM fed meat and dairy, and hence will not be frequenting your shops until you switch back to using non-GM feed in your meat and dairy.

Co-op: [email protected]operative.coop
Dear Co-op, I am bitterly disappointed in your decision to drop your non GM fed ranges. i will not be buying GM fed meat and dairy, and hence will not be frequenting your shops until you switch back to using non-GM feed in your meat and dairy.

Tesco: [email protected]
Dear Tesco; it is very wrong for you to drop your non GM fed poultry and eggs. It was the only reason I still shopped there. I suggest you rapidly re connect with your customers, use your market power to contract in non-GM soya supplies and reverse your decision as soon as possible.