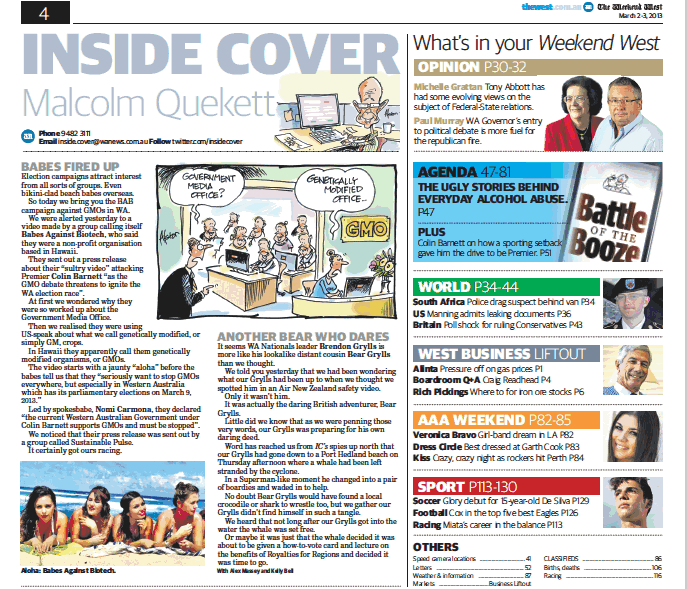 So today we bring you the BAB campaign against GMOs in WA.

We were alerted yesterday to a video made by a group calling itself Babes Against Biotech, who said they were a non-profit organisation based in Hawaii.

They sent out a press release about their “sultry video” attacking Premier Colin Barnett “as the GMO debate threatens to ignite the WA election race”.

The video starts with a jaunty “aloha” before the babes tell us that they “seriously want to stop GMOs everywhere, but especially in Western Australia which has its parliamentary elections on March 9, 2013.” Led by spokesbabe, Nomi Carmona, they declared “the current Western Australian Government under Colin Barnett supports GMOs and must be stopped”.

We noticed that their press release was sent out by a group called Sustainable Pulse. It certainly got ours racing.

Thanks for the coverage @thewest_com_au