In a new revelation reported by GMWatch this week, it has been found that a rat feeding study published in 2008 found that GM soy harms the pancreas, confirming earlier findings in mice. 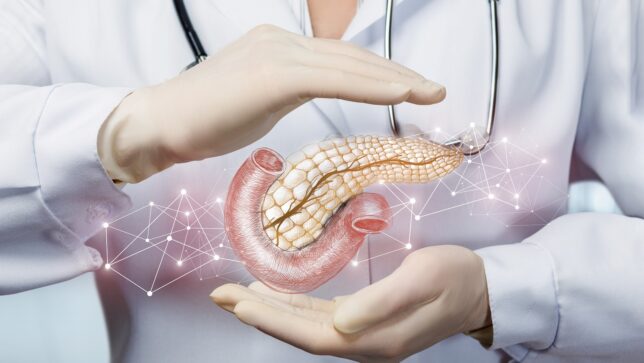 In 2002 and 2003 the Italian scientist Manuela Malatesta published two groundbreaking studies showing damage to the pancreas of mice fed GM soybeans for long-term periods of up to eight months. The GM-fed mice also suffered damaged liver and testes function.

Malatesta paid dearly for her efforts, as she was forced out of her job at the university where she’d worked for ten years and was unable to obtain funding to follow up her experiments.

Malatesta’s studies are well known to those who have followed the troubled history of animal feeding studies with GM foods. But what is less well known is that the pancreatic studies were followed up a few years later in the 2008 study by Mexican researchers – who confirmed her findings.

GM soy is one of the most widely grown GM crops in the world and accounts for over 90% of US-grown soy. It is engineered to survive being sprayed with toxic glyphosate weedkiller. It is not known whether the adverse effects associated with the GM soy diet in either study was caused by the GM crop or the weedkiller, or both.

The Mexican study was of a shorter duration – up to 30 days instead to Malatesta’s eight months – and was in rats. The study was led by Ana M. Calderón de la Barca of the Mexican government’s food research agency CIAD.

Some of the changes in the GM soy protein-fed rats reflected the symptoms of pancreatitis – inflammation of the pancreas, a disease that, in humans, affects digestion and can cause nausea, vomiting and severe pain.

Analysis at a molecular level supported the histological findings of pancreatitis caused by the GM soy. A known marker for pancreatitis is pancreatitis-associated protein (PAP). An increase in PAP messenger RNA (mRNA) and consequent increase in PAP protein indicates acute pancreatitis, a form of the disease in which the pancreas becomes inflamed over a short period of time.

The GM-fed rats started showing harmful changes to the pancreatic acinar cells as soon as five days after starting the GM soy diet. However, they recovered after 30 days, while still on the GM soy diet, as the changes in pancreatic cells returned to normal. The researchers interpreted this phenomenon as “a mild pancreatic injury with an adaptive response”.

GMWatch does not find this recovery reassuring, as we don’t believe it makes sense to injure the body’s organs, even temporarily, just by eating food. The researchers agree – they pointed out in their conclusion that there’s no way of knowing what would happen if the rats – or the humans that they are supposed to represent in such studies – continued eating GM soy over the long term. They might similarly recover, or they might not.

Importance of microscopic examination of organs

Animal growth and protein efficiency (amount of weight the animal puts on for each unit of protein eaten) for both non-GM and GM soybean diets did not show differences. This is a similar finding to those of previous studies, including Monsanto’s own study, conducted to support commercialisation of GM soy.

The Monsanto “safety assurance” study concluded that the nutritional value of GM soy was equal to that of non-GM soy, though interestingly it also found damage to pancreatic cells in the rats fed unprocessed GM soy (inflammation and death of acinar cells), which, however, the authors dismissed as unrelated to the GM diet.

The Mexican study, as well as Malatesta’s and others, show the importance of looking at GM-fed animals’ organs on the microscopic (histopathological) level, as this is where otherwise invisible harm can show up.

Safeguards may be removed from new experimental GM foods

It’s useful to remind ourselves of these studies as governments and GMO industry lobbyists move to remove safeguards from a new experimental generation of GM foods and crops amid claims that they are safe. Assurances that new GM gene-edited foods, crops and animals, unlike the first generation GM crops tested by the Mexican team, don’t contain foreign genes or DNA are lies. Gene-edited GMOs can unintendedly incorporate fragments of foreign DNA in their genome, which can persist in the final product, or they can be contaminated by foreign DNA present in materials used in tissue culture. In addition, gene editing can be used to deliberately insert foreign DNA.

However, the risks of new GM gene-edited foods and crops are not confined to the insertion of foreign DNA, but can result from the most apparently small and simple gene “edit”, the gene disruption type known as SDN-1, as a scientific review shows.

As far as we know, no one has carried out an animal feeding study with new gene-edited foods, crops, and animal products such as meat and dairy. So their safety profile remains unknown.