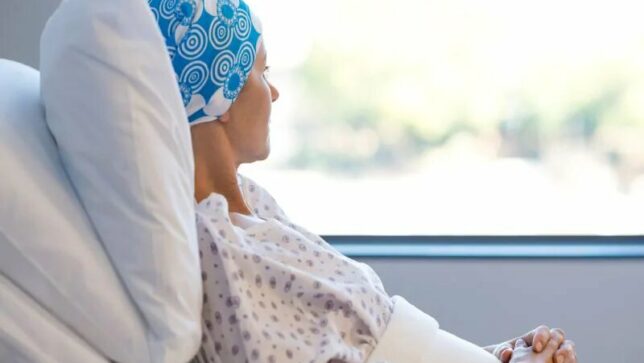 This study highlights the importance of understanding how pesticide use can increase the risk of latent diseases, which do not immediately develop upon initial exposure. The researchers note, “Given the large size of the agricultural population worldwide and the presence of various potential hazards in its working environment, such epidemiological data are important in improving occupational health measures and ensuring better workers’ health.”

To investigate the cancer incidence patterns, researchers evaluated data from the AGRICOH database involving various international studies. The studies assessed pesticide exposure scenarios, which researchers use to determine the etiological (causal) agent of cancer incidences among farmers relative to the general population.

The study finds a total of 23,188 cancer cases in which melanoma of the skin and multiple myeloma (MM) instances are higher among women compared to the general population. In addition, the study finds elevated rates of prostate cancer among men compared to the general population. However, there is an inverse association between pesticide exposure and specific cancers, including bladder, breast (female), colorectum, esophagus, larynx, lung, and pancreas. Moreover, researchers find vast differences in disease risk for specific cancers among the cohorts, including lung and liver cancer among men and women and stomach, skin, and colon/rectal cancer among men. The researchers suggest cancer risk variation is most likely due to differences in the underlying risk factors from pesticide exposure and external stimuli.

The connection between pesticides and associated cancer risks is not a new finding. Several studies link pesticide use and residue to various cancers, from more prevalent forms like breast cancer to rare forms like kidney cancer nephroblastoma (Wilms’ tumor). Applying the same U.S. Agricultural Health Study (AHS) cohort in this study, a past report demonstrates an association between cancer and pesticides such as 2,4-D, glyphosate, lindane, and DDT. Furthermore, this study confirms previous studies that find farmworkers experience higher rates of specific cancers, like brain cancer.

The journal Occupational and Environmental Medicine indicates that farmworkers and persons exposed to high levels of pesticides have an increased risk of developing brain tumors. Farmworkers are at the greatest risk of pesticide-induced diseases, and their average life expectancy bears this out. According to the National Farm Worker Ministry, farmworkers have an average life span of 49 years, a 29 year difference from the general U.S. population.

Abnormally high protein levels can occur upon repeated exposure to endocrine-disrupting chemicals, like pesticides, with the British National Health Service finding 1 in every 100 people with MGUS go on to develop MM annually. These findings provide reliable evidence establishing a link between pesticides and MM development. Further research should assess the mechanisms by which pesticides impact biological pathways to cause MM and other cancers.

The study results find disparities between cancer outcomes, with female agricultural workers experiencing higher rates of MM and skin cancer relative to male agricultural workers and the general population. However, this study is not the first to demonstrate the sex-specific effect of pesticide exposure. In 2017, scientists demonstrated exposure to commonly used pyrethroid insecticides results in the early onset of puberty in boys, as presented in a study at the 99th meeting of the Endocrine Society. Furthermore, a 2021 study finds exposure to current-use pesticides like organophosphates pose a greater health risk to women.

Women with organophosphate exposure are more likely to develop cardiovascular disease, bronchitis, asthma, and various cancers. Given the recent rise in the use of these chemicals for household pest control, there is a concern about the range of implications these chemicals could be having on young children in the U.S. and abroad. Therefore, it is necessary to assess chemical exposure effect on human health to safeguard future generations.

Regardless of geographical location and agricultural practices, cancer incidents are consistent among cohorts, suggesting an underlying common risk factor for women and men agricultural workers. However, the study finds a lower risk for specific cancers among cohort participants. Researchers imply lower rates of smoking and more work-related physical activity lessens certain cancer risks. For instance, the prevalence of smoking is much lower among the farmworker cohorts than the general population. Moreover, the study participants have less cancer incidence associated with the lungs, mouth, throat, kidney, and liver, all of which are consistent with tobacco smoking among the general population.

According to the authors, these factors include “the type of agro-production, environmental conditions present, application methods, use of machinery and personal protective equipment, and local legislation.” Therefore, researchers advocate further investigation of cancer development from chemical exposure, especially for instances where the disease rate differs and has gender disproportionate effects.

Cancer is one of the leading causes of death across the globe, with over eight million people succumbing to the disease every year. Notably, the International Agency for Research on Cancer (IARC) predicts an increase in new cancer cases from 19.3 million to 30.2 million per year by 2040. Therefore, studies related to pesticides and cancer will aid in a prospective understanding of the underlying mechanisms that cause the disease. It is essential to recognize the health implications of pesticide use and exposure on humans, particularly if pesticides increase chronic disease risk.