The Environmental Protection Agency (EPA) is considering a proposal by Oxitec, a UK-based corporation, to introduce billions of genetically engineered (GE) mosquitoes across 12 undisclosed counties in California. 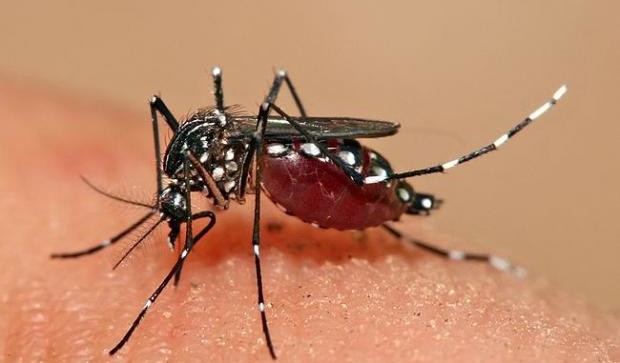 Thousands of comments, including comments from Center for Food Safety (CFS), opposing this release were submitted in early October on the last day of EPA’s public comment period amid growing concerns raised by scientists, public health experts and environmental groups. If approved, the release would be the largest ever release of genetically engineered (GE) insects in the U.S., following an initial release earlier this year in Florida.

“EPA is not doing its job. Releasing billions of GE mosquitoes could affect our food chains and ecosystems. If the female mosquitoes are released, GE hybrid mosquitoes could spread diseases more efficiently,” said Jaydee Hanson, policy director at the Center for Food Safety and the International Center for Technology Assessment. “The GE mosquito is a Trojan horse for a pipeline of other GE insects to be used in agriculture.”

In the public comments, critics cited the lack of public notification and transparency around where the releases would occur along with environmental and public health risks, such as the introduction of more aggressive mosquito species and potential allergic reactions to bites from GE mosquitoes. The public documents in the proposal do not include an endangered species assessment, public health impact analysis, or data about the first experimental field trials in the Florida Keys. There is no data to support Oxitec’s claims that open releases of GE mosquitoes will reduce incidence of mosquito-borne diseases.

“We need sound science and transparency, not a rubberstamp on a secretive experiment that poses risks to California’s environment and our health,” said Dana Perls, Food and Technology program manager at Friends of the Earth, and a resident of California.”We must prioritize less risky, less costly, proven measures to address mosquito-borne disease, not a corporate boondoggle.”

In March 2021, a public panel of independent experts spoke about the regulatory gaps and scientific risks associated with GE mosquitoes prior to the release in Florida, concluding that GE mosquitoes could pose a significant threat to humans and the environment in the Florida Keys. Recently, a group of scholars from the University of Illinois at Urbana-Champaign questioned proceeding with the release in Florida on scientific and ethical concerns.

Although mosquito control boards are focused on reducing mosquito-borne diseases, scientists have raised major concerns that GE mosquitoes could create hybrid wild mosquitoes which could worsen the spread of mosquito-borne diseases and which may be more resistant to insecticides than the original wild mosquitoes. A recent field study in Brazil by researchers from the Powell Lab at Yale University confirmed that the mosquito’s engineered genes had spread into wild populations.